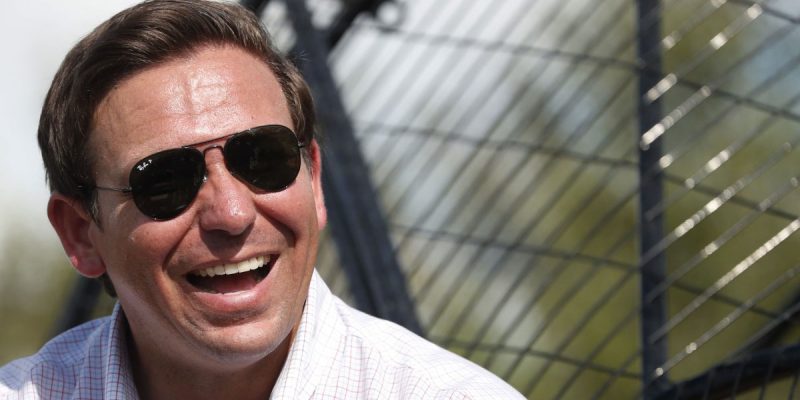 These numbers are from the Trafalgar Group, which is a Republican polling firm. Trafalgar’s poll numbers have generally bucked a lot of this Blue Wave business you’re seeing elsewhere, and as such they’ve been accused here and there of skewing the numbers red.

But it ought to be recognized that Trafalgar was the only pollster which had Donald Trump winning Michigan and Pennsylvania in 2016. So it isn’t wise to ignore or scoff at their findings. 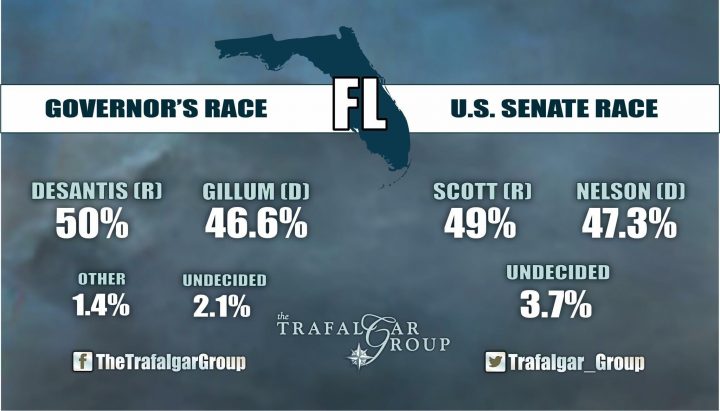 For Ron DeSantis to hit 50 against Andrew Gillum’s 46.6 percent is two things. First, it’s a departure from lots of other polling which has had Gillum five to seven points ahead of the Republican. But second, it’s a bit of a return to sanity of sorts. After all, Republicans have held the governor’s mansion in Florida for quite some time – Jeb Bush had two terms, then Charlie Crist (who at least had an “R” behind his name) had two terms, and now Rick Scott is finishing his second term. Florida is a purple state and it will vote Democrat in presidential elections about half the time, but Floridians have an expressed preference for Republicans in state races so as to keep taxes low (or nonexistent, in the case of the income tax Florida doesn’t have) and the business climate friendly. The idea that Floridians would opt to depart from that completely by voting in an avowed socialist on the Venezuelan model like Gillum has always seemed a bit suspect.

As for Scott, we’ve always suspected he’d find a way to win over Nelson simply because he’s been a wildly successful governor and Nelson has looked like he’s ready for retirement for a good while. That said, Scott’s campaign has been strangely lacking in punch, and he’s struggled in a race he really should be comfortably ahead in. Even at 49-47 he’s underperforming, and there’s lots of other polling showing him down.

That said, early voting in Florida has been fairly indicative of a good night for the GOP. Early votes and votes by mail combined this year in Florida show Republicans down 23,000 to the Democrats, which is a very, very good number compared to 2016. That year Democrat early voters outpaced Republicans by 96,000 votes – and lost the presidential race in that state by 113,000 votes.

And yes, independent voters might affect those numbers and yes, there may be some crossover voting.

But Gillum is not a candidate overly well suited to attract independent voters or moderate Republicans. He’s a base candidate if the Democrats ever ran one in Florida. And in the Senate race Scott, based on his success as governor, should have more of an independent or crossover appeal than Nelson.

These should be the case.

We’ll know tonight whether sanity has prevailed in the Sunshine State.