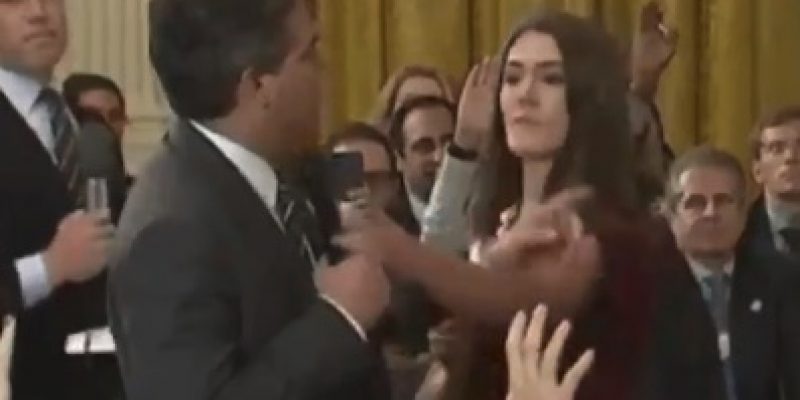 Here are 11 examples of Jim Acosta being rude to reporters and President Trump. It’s a mystery why he hasn’t had his credentials revoked sooner than yesterday. He is true to his name of accosting people.

Watch the video thread below:

Here's a thread on the ridiculous behavior from CNN's Jim Acosta:

Trump responded: "I’m not going to give you a question. You are fake news." pic.twitter.com/KMhVnIhtPz

The White House rightly revoked his pass after he put his hands on a female intern:

We stand by our decision to revoke this individual’s hard pass. We will not tolerate the inappropriate behavior clearly documented in this video. pic.twitter.com/T8X1Ng912y

Contrary to CNN’s assertions there is no greater demonstration of the President’s support for a free press than the event he held today. Only they would attack the President for not supporting a free press in the midst of him taking 68 questions from 35 different reporters…