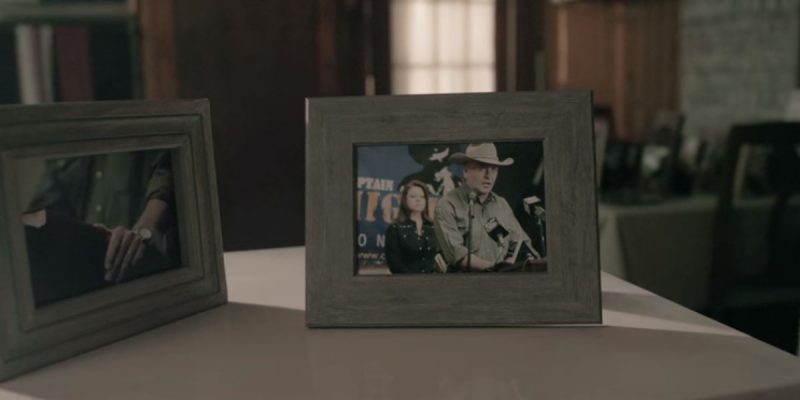 If you haven’t seen this one, you’re in for something of a treat. This is our favorite ad of this year’s election cycle in Louisiana, and it’s the closing argument of sorts for the congressman in Louisiana’s 3rd District. The ad is essentially a pictorial of Higgins’ 2016 electoral victory, with the obvious underlying message of giving thanks to God for such an improbable and inspiring rise from essentially rags to riches…

What’s probably most striking about the ad is the rendition of “Amazing Grace” in it, which we’re told belongs to Florida recording artist Dannica Marie, who’s friends with Higgins’ campaign manager. It’s one of the best performances of that song we’ve ever heard, and the choice of “Amazing Grace” for an ad covering Higgins’ come-out-of-nowhere political story is an inspired one.

Higgins is in the running for an interesting little competition in an otherwise thoroughly uneventful congressional midterm election in Louisiana this year. Namely, which of the state’s six incumbent congressmen will win the easiest primary victory. All six are certain to win, and it’s very unlikely any of the six will be forced into a runoff – the rather strange ant-and-the-rubber-tree-plant communiques from Steve Scalise’s Democrat opponent Jim Francis notwithstanding.

There are polls in LA-3 which show Higgins getting as much as 60 percent, and based on some of what we’ve seen at a couple of speaking engagements of his, we wouldn’t be surprised to see him go higher. Scalise will be above 60, for sure, and so will Garret Graves in all likelihood. But Mike Johnson and Ralph Abraham could also be in the 60’s as well.

And then there’s Cedric Richmond, whose district is built for a high re-election number.

Nobody really knows who’s going to win the Re-Election Blowout sweepstakes. But Higgins, if nothing else, has managed to turn a political ad into a life inspiration. That’s worth a mention with Election Day just a few days away.