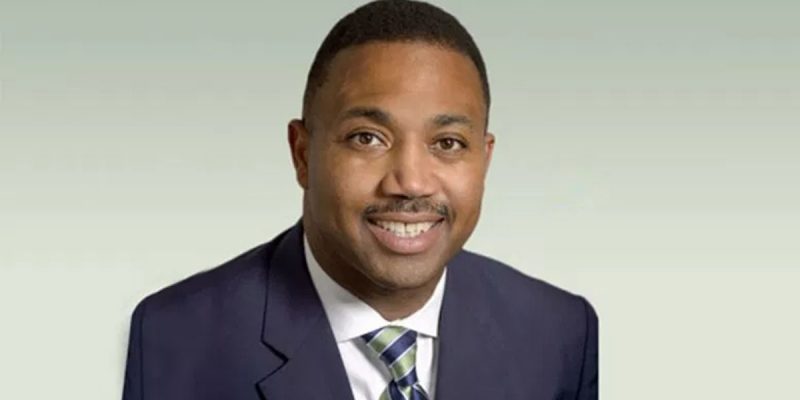 Fox 8 in New Orleans has a pretty devastating takedown on state Sen. Wesley Bishop (D-New Orleans), who Zurik has caught red-handed stealing your tax dollars through the taking of sick days at his day job while serving at the legislature…

Bishop’s situation is pretty similar to the one former state representative Austin Badon had while in the state legislature – namely, he was employed by SUNO in a do-nothing position paying close to six figures more or less solely due to his elected position, and operated more or less as SUNO’s lobbyist at the Capitol from inside the rails of the House. With Bishop, it’s the Senate – but the role is the same.

The reason nobody at SUNO cares about the 79 sick days Bishop took this year is they’re paying him to be at the Capitol – not on campus. His job is to keep SUNO’s funding from getting cut. So if he’s double-dipping by taking his 85K at SUNO and his 32K, plus all the per diems, at the legislature, they aren’t upset by it at all.

They’re not paying for it, after all. You are.

Is it illegal? Of course it is. Joel Friedman, the Tulane professor Zurik interviewed for the story, made that pretty clear.

But Bishop is relying on an Attorney General opinion which he says allows for the use of earned accumulated leave during the legislative session by Louisiana legislators. We’re going to say Bishop didn’t build up 120 days’ worth of earned sick leave, which is what he’s used over the last two years. The guess is, without seeing the opinion – AG opinions are only archived back to 1991 online, so the one from 1981 that Bishop is relying on isn’t available to search – that it doesn’t exactly provide Bishop with the defense he’s looking for even if he did have that sick leave built up.

But you shouldn’t be surprised that a Democrat state legislator is busily scamming the Louisiana taxpayers. By now you should expect it. Wesley Bishop can only disappoint you if you expect high standards of behavior from elected officials – and why on earth would you do that?

UPDATE: We’ve now gotten a copy of the AG’s opinion from back in 1981, and we’re less than impressed with its relevance to Bishop’s claim… 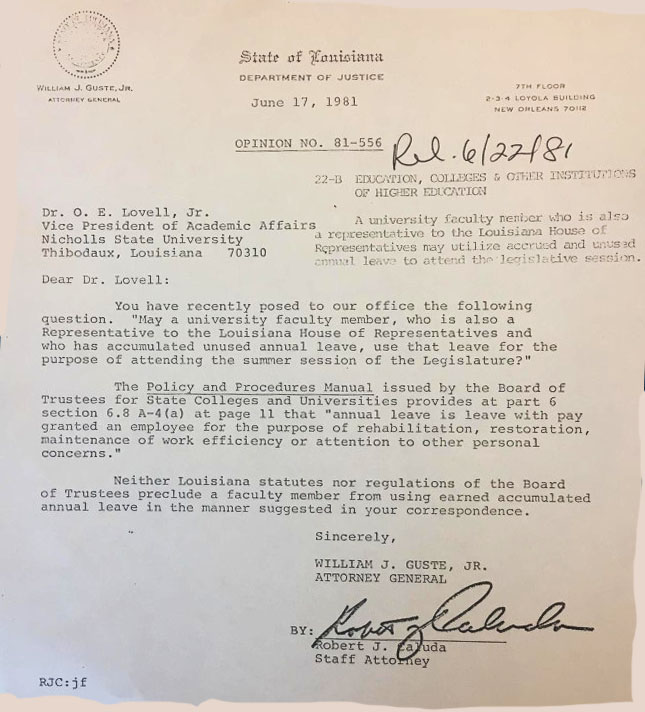 That says “annual leave” can be used for a legislator who also works at one of the state’s colleges to attend the legislature with pay. It doesn’t say you can use sick leave for that purpose.

And as we understand it annual leave accumulates at two weeks per year, so if Bishop is saying he’s got 120 days of annual leave built up then he’s been at SUNO for 12 years?

He hasn’t. And by the way, Bishop was elected to the House in 2011 and then the Senate in 2015, so he’s been at this legislative thing for some time.

Interested in more news from Louisiana? We've got you covered! See More Louisiana News
Previous Article WAGUESPACK: Celebrating The Job Creators And Innovators
Next Article The Usual Crowd Is Back Plotting To Raise Your Gas Taxes In Louisiana