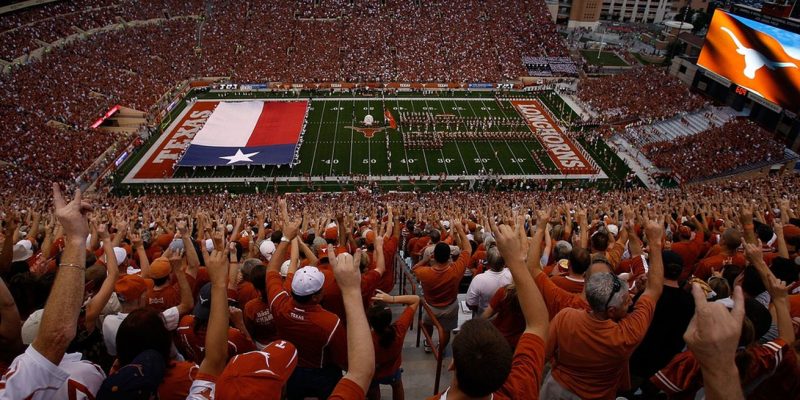 The University of Texas announced its plan for a home-and-home non-conference series against Southeastern Conference powerhouse Georgia, 247news.com reports.

The University of Texas Vice President and Athletics Director Chris Del Conte announced today that the two game, out of conference series will begin in 2028.

The Longhorns will be first host the series welcoming Georgia on Sept. 2, 2028 at Darrell K Royal – Texas Memorial Stadium. The Longhorns will then travel to Athens, Georgia, to play the Bulldogs at Sanford Stadium on Sept. 1, 2029.

Texas has faced Georgia four times in program history with the Longhorns holding a 3-1 record. The last match-up was on Jan. 2, 1984 at the Cotton Bowl. It was the Longhorns’ sole loss to the Bulldogs when No. 7 Georgia beat No. 2 Texas, 10-9.

Georgia and Clemson previously announced their rivalry would return to Atlanta in 2024 Chick-Fil-A Kickoff.

“The series against Georgia continues the philosophy we have at Clemson to add another Power 5 opponent to our schedule outside of our annual rivalry game with South Carolina,” Clemson Director of Athletics Dan Radakovich said. “We have a long history with Georgia and I know our fans will be excited about this home-and-home series after playing the Bulldogs in Mercedes-Benz Stadium in 2024.”

A “home and home game” refers to two sports teams playing consecutive games where each team hosts one home game. Games can be back to back days, months or years, but must be consecutive with no other games played in-between.