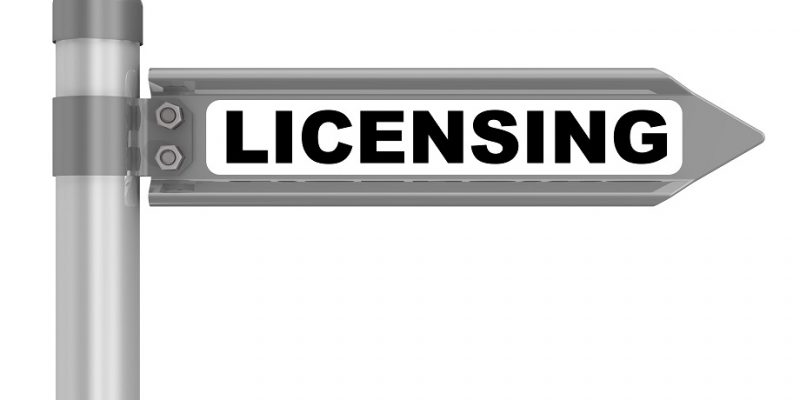 The latest report calling for occupational licensing reforms joins others in saying that strict licensing requirements cost millions of jobs, billions of dollars in economic costs, and reduced overall GDP.

The recently released Institute for Justice (IJ) report, “At What Cost?,” provides the “first state-level estimates” of the cost of licensing for 36 states in addition to new national estimates.

“By a conservative measure of lost economic value, licensing may cost the national economy $6 billion,” Kleiner and Vorotniko wrote. They suggest a more accurate estimate is closer to $184 billion or more at the national level and, at the state level, about $675 million in Rhode Island and more than $22 billion in California.

IJ points to a body of research that has shown that increasing occupational licensing costs “reduces access to jobs, restrains worker mobility between states, hinders entrepreneurship, reduces consumer choice and raises service prices – without improving consumer outcomes in terms of safety or quality.”

According to the Bureau of Labor Statistics (BLS), in the early 1950s only five percent of jobs required an occupational license; today 20 percent require them.

The IJ study found that individual state percentages of licensed workers ranges from 14 to 27 percent and that licensing produces substantial economic returns for licensees in 36 states and nationally. However, the report found that these returns correlated to increased costs for consumers and the wider economy, in terms of job losses, losses in output and misallocated resources.

“Annually, licensing may cost the national economy upwards of 1.8 million jobs, $6.2 billion in lost output and $183.9 billion in misallocated resources,” it states.

In 2016, a group of researchers from the Mercatus Center at George Mason University studied the impact of licensing on 22 industries and found that federal regulations caused an average annual reduction in GDP growth of 0.8 percent. They calculated that the cumulative effects of regulation translated to a 25 percent reduction in size of the U.S. economy in 2012, or an economy that was $4 trillion smaller (nearly $13,000 per citizen) than it would have been without regulatory growth.

The federal government is not required to track total regulatory costs, Thomas Hemphill and Mark Perry, economics professors and Senior Fellow at the National Center for Policy Analysis and resident scholar at the American Enterprise Institute, point out. Estimates of the regulatory burden on the U.S. economy “range upwards of more than $2 trillion per year, or more than 10 percent of GDP,” they add.

“What would have happened if federal regulations had been ‘frozen’ at the levels that prevailed in 1980?” they asked.

Instead, expanding federal regulations over decades led to “duplicative, obsolete, conflicting and even contradictory rules,” they argue, which impact every area of a business’s plan for growth.

At the state level, the cost of licensing is high and “rarely improves outcomes for consumers,” the Institute for Justice’s study found. According to a 2017 IJ study, the average fee to obtain a license is $267. Fees for some licenses exceed $1,000, in addition to educational fees and certificate costs.

“All too often, the licensing requirements are an obstacle for qualified professionals to compete in these industries, rather than a quality signal to consumers, because the costs to obtain an occupational license are not insignificant,” Wayne Winegarden of the Pacific Research Institute (PRI) said.

The costs of licensing requirements are systemic, he notes, resulting in higher costs for consumers and service providers and less economic opportunity for providers.

“Perhaps worst of all,” he adds, “the service providers with the lowest income are disproportionately harmed because they are less likely to have the ability to devote the time and money necessary to obtain the licenses.

“For many professions, such as interior designers, it is difficult to justify why occupational licenses are necessary at all.”

In some cases, PRI states, licenses are required in multiple states for the same service rather than one license being sufficient to practice nationwide. For example, in 34 states, insurance adjusters must obtain a state license to practice – even if the adjuster is already licensed in another state. Several states do recognize licenses from other states, and adjusters are required to comply with those states’ license application procedures.

Costs of licensing are also measured in time, PRI notes, because of disparate amounts of required training hours mandated by various state agencies and boards. In California, for example, a cosmetologist is required to have 1,600 hours of training, a manicurist 400 hours, an emergency medical technician 160 hours, and a crane operator, none.

IJ provides examples of how licensing requirements aren’t tied to their supposed need to secure public health or safety. For example, a recent IJ study found that on average, training requirements for cosmetologists are 11 times greater than those for emergency medical technicians.

Training hours are also additional to compulsory education needed to acquire an occupational license, and exam preparation and fees, which PRI argues can take more than two years to obtain.

“While some regulation of the private sector is needed, it should be explicitly recognized that there is an increasingly significant cumulative cost to the American economy of a burgeoning regulatory state,” Hemphill and Perry said.