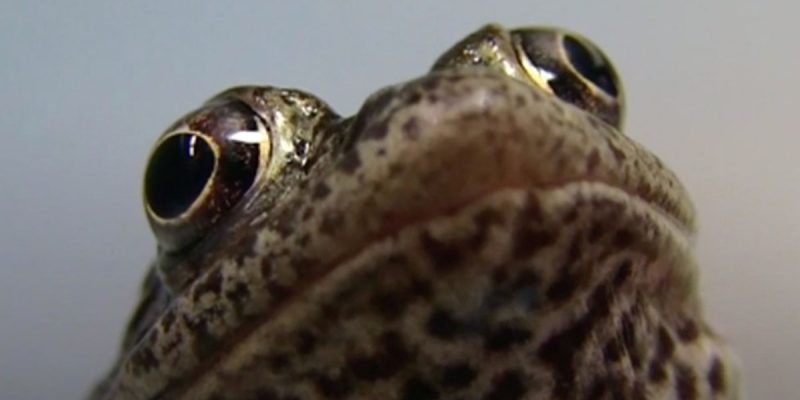 This would be the dusky gopher frog case you’ve doubtless heard about, which involves the insanity of the federal Fish & Wildlife department standing in the way of a timber operation in St. Tammany Parish because it would have damaged the habitat of an endangered species of frog. So endangered, as it happens, that for more than half a century no such creatures have occupied the area in question.

The U.S. Supreme Court finally got hold of this case, which has percolated in the courts for years, and in a unanimous decision has imposed the beginnings of common sense. From a summary of the opinion comes all you need to know about the end of the amphibian tyranny on the Northshore…

When the Secretary of U.S. Fish and Wildlife lists a species as endangered, he must also designate the critical habitat of that species.§1533(a)(3)(A)(i). The Endangered Species Act defines “critical habitat” as: “(i) the specific areas within the geographical area occupied by the species . . . on which are found those physical or biological features (I) essential to the con­servation of the species and (II) which may requirespecial management considerations or protection; and “(ii) specific areas outside the geographical area oc­cupied by the species . . . upon a determination by the Secretary that such areas are essential for the conser­vation of the species.” §1532(5)(A).

Petitioner Weyerhaeuser Company, a timber company, owns part of Unit 1 and leases the remainder from a group of family landowners and has plans to develop the site. Anyone developing the area may need to obtain Clean Water Act permits from the Army Corps of Engineers before filling any wetlands on Unit 1. Because Unit 1 is designated as critical habitat, Section 7 of the ESA would require the Corps to consult with the Service before issuing any permits. The consultation process could result in one of three outcomes: a decision that no permit was required, or a request to the Corps not to issue the permit to fill some of the wetlands, in effect prohibiting development on 60% of Unit 1 and depriving the owners of $20.4 million in development value, or a request to the Corps to deny more permit requests and in effect barring all development at a cost of $33.9 million in development value. The Service concluded these costs were not “disproportionate” to the conservation benefits amd refused to exclude Unit 1 from the dusky gopher frog’s critical habitat designation.

Justice Roberts, writing for a unanimous Court with Justice Kavanagh sitting this one out, started with a lesson on basic grammar: “According to the ordinary understanding of how adjectives work, “critical habitat” must also be “habitat.” Adjectives modify nouns—they pick out a subset of a category that possesses a certain quality. It follows that “critical habi­tat” is the subset of “habitat” that is “critical” to the con­servation of an endangered species.”  Further reviewing the statute in context, the Court concludes that “Even if an area otherwise meets the statutory definition of unoccupied critical habitat because the Secretary finds the area essential for the conservation of the species, Section4(a)(3)(A)(i) does not authorize the Secretary to designate the area as critical habitat unless it is also habitat for the species.” Because the Fifth Circuit concluded that “critical habitat” designations under the statute were not limited to areas that qualified as habitat, it did not interpret the term “habitat” in Section 4(a)(3)(A)(i) or assess the Service’s administrative find­ings regarding Unit 1. Consequently, the Court vacates the judg­ment below and remands to the  Fifth Circuit to con-sider these questions.

In addition, the Court finds the decision of the Secretary is reviewable under the Administrative Procedures Act. The Court of Appeals did not consider Weyerhaeuser’s claim that the economic impact analysis was faulty  because it concluded that a decision not to exclude a certain area from critical habitat is discretionary and therefore unreviewable. But the Court recognizes, sensibly, that agency decisions have authority to set aside agency action that was arbitrary, capricious, or an abuse of discretion. And “A court could never determine that an agency abused its discretion if all matters committed to agency discretion were unreviewable.” Nevertheless, when the action is discretionary, the courts have narrowly restricted review to only circumstances where the statute is so narrowly drawn that “a court would have no meaningful standard against which to judge the agency’s exercise of discretion.” The Court rejects the government’s argument that the decision is unreviewable, finding instead that…

“Weyerhaeuser’s claim is the familiar one in administrative law that the agency did not appropriately consider all of the relevant factors that the statute sets forth to guide the agency in the exercise of its discretion… This is the sort of claim that federal courts routinely assess when determining whether to set aside an agency decision as an abuse of discretion . . . . ”

Because the Fifth Circuit did not consider whether the Service’s assessment of costs and benefits of the designation were flawed, the case is remanded to consider that question.