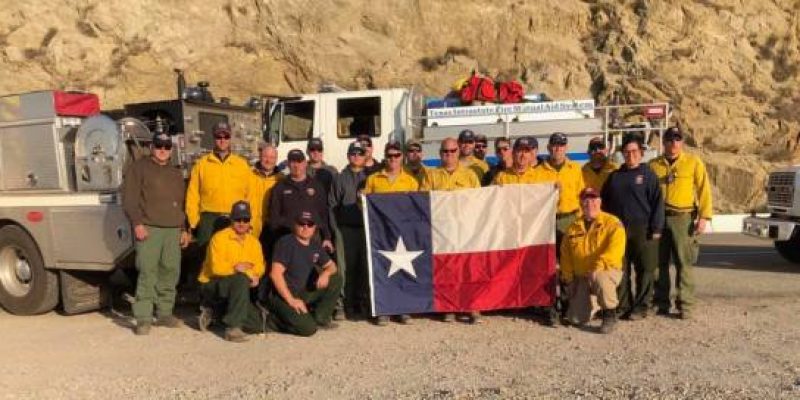 Some Texas firefighters are missing Thanksgiving this year because they are fighting the deadly California wildfires, which destroyed land in three counties and killed at least 80 people, CBS News reports.

Governor Abbot sent 200 firefighters more than one week ago to help with the firefighting efforts. They have been deployed to one of two large wildfires: The Camp fire in Butte County and the Woolsey fire in Los Angeles and Ventura counties.

This is the extent of one fire– entire towns and counties in one metropolitan area: Washington, D.C., would be destroyed:

Firefighters throughout Texas have shared their experience on social media.

From the Austin Fire Department:

“I had a Strike Team leader once tell me that the essence of our job is, ‘Go out and do good…’”

From the Bryan Fire Department:

Our crew was in a house in Malibu that was saved and the homeowner wanted them to put a Texas flag up in his house. He…

From the Fort Worth Fire Department:

These were the heavy smoke and heat conditions that crews faced while searching for a 5 year old child trapped in a house fire over the weekend. Capt Washington was able to find the child and bring him out of the home with only minor injuries. #FWFDfire PC: G Ellman pic.twitter.com/erAhclEYB2

B22 and #yourFWFD Firefighters are in Malibu CA assigned to the #WoolseyFire Today they have been assigned the duty to patrol and check for areas that might flare back up. This also allows them the chance to get a good idea of the area they will be assigned to. pic.twitter.com/F2YE1tukUP

From the Flower Mound Fire Department: