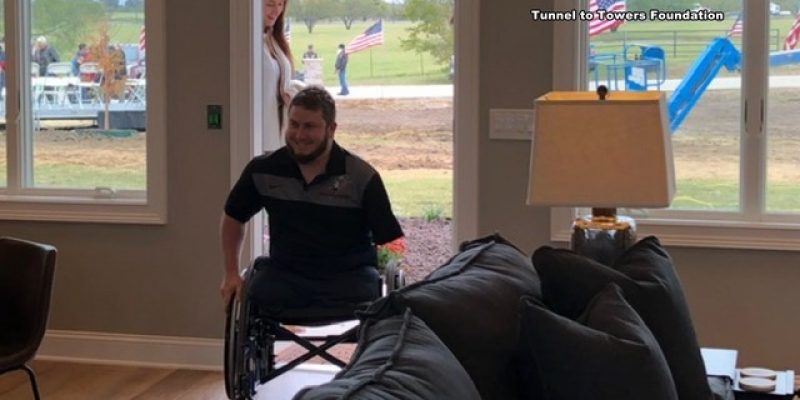 Trimble’s new home was unveiled along with speeches from organizers and business representatives. Dozens of Americans flags lined the street and driveway.

“He was frequently characterized during Sunday’s event as a man of good humor, tireless optimism and heroic actions,” Denton RC reports. 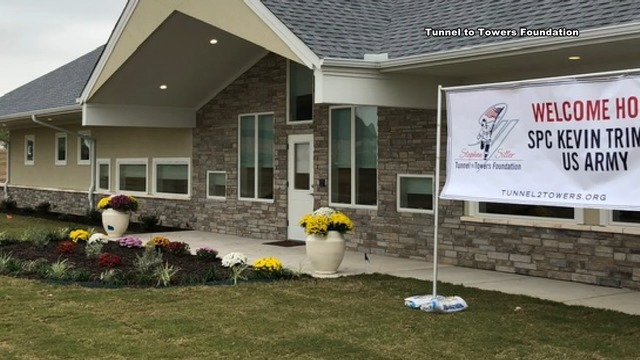 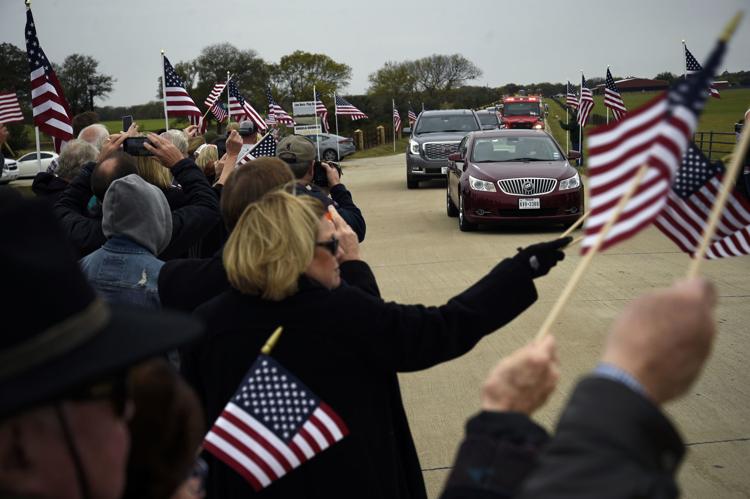 The foundation built his new home in Oak Point, Texas, east of Denton, equipped with specific technology to help him maneuver and live comfortably.

Seven years ago, at age 19, Trimble stepped on a bomb while serving in Afghanistan. He lost both legs and his left arm.

“You go in there and you do everything you can; you have dog teams and you have mine detectors, but you can’t catch everything,” Trimble said. “That’s the nature of the job.”

A pair of 155 mm Russian artillery shells were buried in a wall and remote detonated when his friend and fellow soldier was killed instantly. Trimble was 11 feet away.

Of his new place, he said:

“The biggest thing is gonna be everything’s sized right. My current apartment, it’s not designed for that. So your doorways are narrow, clip your knuckles on corners. That’s some of the most important parts. That’s part of everyday life. I’ve got to fit through these little narrow doorways. It’s a little ridiculous. But then you get a place like this. It’s like, ‘Alright! Everything’s built for this.’ It’s designed on purpose to be very functional.” 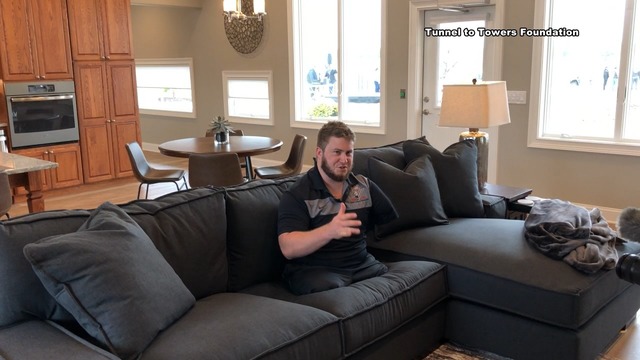 The Tunnel to Towers Foundation was named in memory of a fallen 9/11 firefighter. The organization is currently building or has delivered 75 smart homes.

Being a nonprofit, Tunnel to Towers gives homes to recipients without paying a “gift tax,” which allows the recipient to have a truly mortgage-free home.

Recipients are required to pay for all bills and property taxes.