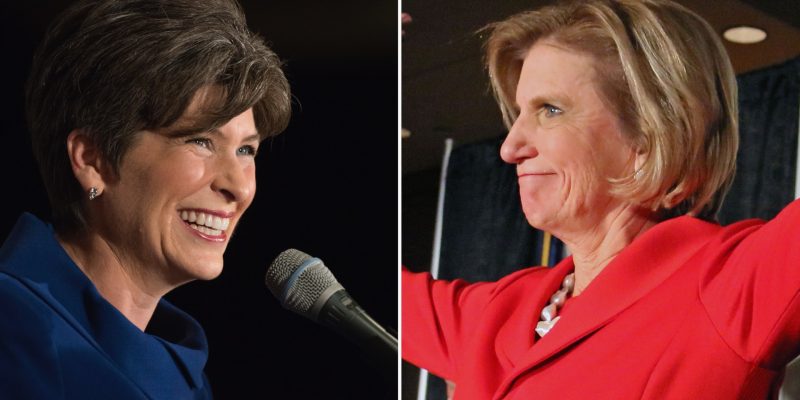 Overall, women will represent 23.6 percent of Congress, an increase of 3.6 percent from the previous election. They also represent a number of firsts in U.S. history among age and ethnic groups and as the first females elected to their positions in their state.

“We’ve seen important breakthroughs, particularly in the U.S. House,” Debbie Walsh, Director of the Center for American Women and Politics (CAWP), a unit of the Eagleton Institute of Politics at Rutgers, said in a statement. “Deepening disparities between the parties in women’s representation will continue to hobble us on the path to parity. We need women elected on both sides of the aisle.”

The freshman class of women in the House in 2019 is the largest ever – with 36 non-incumbent women elected. A record number of Democratic women – 89 – will be in Congress next year, compared to the previous record of 63.

Only 13 elected were Republican women, as their number dropped by 10 seats between 2018 and 2019. The sole non-incumbent Republican elected to the U.S. House was Carol Miller of West Virginia.

Among the “firsts” in the U.S. House were the youngest, first among North African and Native Americans, and a record number of women of color.

Two female Representatives-elect hold the distinction of being the youngest women elected to Congress at age 29: Democrats Abby Finkenauer of Iowa and Alexandria Ocasio-Cortez of New York.

Finkenauer defeated two-term Republican incumbent Rod Blum in a contentious race. Ocasio-Cortez has been called out by numerous news outlets and political pundits because of factually inaccurate claims she has made.

Ilhan Omar, 36, is the first foreign-born Somali-American to win a seat in the U.S. House. Allegations of her being married to her biological brother plagued her campaign and are still ongoing. She is currently challenging the foundational rule of Congress prohibiting members from wearing head coverings.

Omar, along with Democrat Rashida Tlaib of Michigan, shares the title of the first Islamic women elected to Congress.

A record number of women of color – 43 – was elected to the U.S. House. Of them, 22 are black, 12 are Latina, six are Asian/Pacific Islander, and one is North African. All are Democrats except for one Republican Latina, CAWP reports.

Democrats Veronica Escobar and Sylvia Garcia were the first Latinas elected to represent Texas in Congress.

Three non-voting delegates from American Samoa, Washington D.C. and the U.S. Virgin Islands were re-elected this year, all of whom are women of color.

In the Senate, 14 women were elected. Added to the 10 sitting senators not up for re-election, and the U.S. Senate will have 24 women senators for the first time in U.S. history in 2019.

Of them, 17 are Democrats and 7 are Republicans, including four women of color.

Several were elected as the first female senators in their state. Republican senators-elect Cindy Hyde-Smith and Marsha Blackburn were the first women elected to their state’s U.S. Senate seats in Mississippi and Tennessee, respectively.

Democrat Sen.-elect Kyrsten Sinema was the first woman elected to the Senate from Arizona after previously serving briefly in the House.