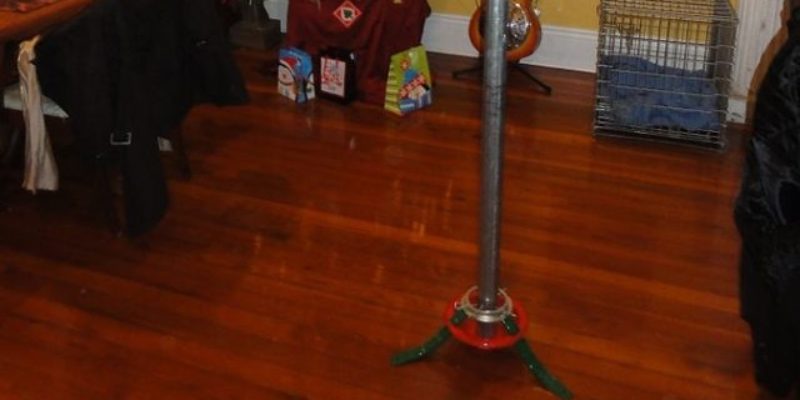 For only the second time in franchise history, the New Orleans Saints own the coveted conference first seed in the playoffs.

And it took a true Festivus miracle to lock it up against a desperate Pittsburgh Steelers team clinging to make the post-season.

Pittsburgh wide receiver Ju Ju Smith-Schuster had been violating the Black and Gold secondary all game, keeping drives alive and taking off pressure from his fellow receiver, the equally mega-talented Antonio Brown.

And then while in the midst of advancing his team within field goal range as time ticked off the game clock, Smith-Schuster fumbled for the first time in his professional career, giving the Saints a bounty of early presents two days before Christmas.

Home field throughout the playoffs, check. I should add that the Saints haven’t lost a playoff game at home under Payton.

A chance to rest key starters in what is essentially a meaningless season finale this Sunday against the Cam Newton-less Carolina Panthers, check.

Though don’t be surprised if Saints head coach Sean Payton pushes his team to secure what would be a team record 14th regular season victory.

That said, I’d be shocked if quarterback Drew Brees sees much playing time.

Scratch that, I’d be pissed as it would be needlessly reckless.

And speaking of reckless this is a good segue into the traditional Festivus airing of grievances.

Why, why, why, why, why would you have your third string quarterback throw a deep ball when you’re paying $27 million to a future first ballot Hall of Famer and potential 2018 season MVP to do that very task?

The play call was reminiscent of the infamous Devery Henderson double reverse attempts that didn’t go as planned.

Well what about Ambush from Super Bowl XLIV? Wasn’t that a stroke of aggressive genius that helped win the game?

And that play was ably executed by the most qualified person on the roster (Thomas Morstead) and not his third string back up.

Other teams have figured out Payton’s “unpredictable” style by anticipating him to make play calls that don’t make any sense.

Or to put it another way, they plan around his bad ideas.

Hill is a popular guy, rightfully so. He might very well be the only third string quarterback in the entire NFL with his jersey available on a store rack.

But when Hill doesn’t get the job done, it’s not really his fault but that of the man who evaluates player talent and then sends him out to perform a particular job that he isn’t the most qualified to do.

I’m sure there’s quite a few people who gave the points this past Sunday figuring the Saints could cover between 5.5/6.5 points at home against a Jekyll & Hyde team without their starting running back.

Sticking with the Festivus spirit and shifting to other individuals deserving of my ire I wish to air the following grievances:

SEC Commissioner Greg Sankey for running the conference with the same integrity as a man who runs a professional wrestling organization.

Dallas Cowboy free agents. Can the Saints please sign one that doesn’t break before setting foot on the field?

John Kasich for much but specifically his recent veto of an abortion bill. This from a man who once lectured his fellow Republicans about one day having to answer to St. Peter for not embracing Medicaid expansion. Looks like the soon to be ex-Ohio governor is going to need to prepare his own explanation to the keeper of the pearly gates.

Jeff Flake for being the personification of a weak RINO and getting buffaloed by two leftist protestors. He won’t be missed.

Mazie Hirono for being so troubled by fictitious allegations against Judge Brett Kavanaugh but having never said a peep when Daniel Inouye was doing his dirty deeds to women across the islands. The Buddhist US Senator’s issues with the Knights of Columbus merit a fuller rebuke later.

The McCain family for not inviting Sarah Palin to the senator’s funeral after all the slings she took as his running mate. Bad form.

The Burger King in Manhattan’s financial district for giving me the most severe bout of food poisoning I’ve ever experienced.

The Baltimore Ravens for constructing a football stadium without an escalator.

Resort fees that don’t even include a bottle of water. How can you claim free unlimited local calls as a legitimate amenity? And anyone utilizing that “amenity” in Las Vegas is probably doing so for an illegitimate reason.

Cities banning straws yet ignore the litter of needles in parks and on sidewalks and public transit.

The voters of New Jersey for re-electing Bob Menendez.

And finally Charlotte mayor Vi Lyles for begging the RNC to host the 2020 Republican National Convention while bragging to Democrats how she has no plans to welcome the delegates and tweeting her SJW daughter’s attacks against the GOP.

Interested in more news from Louisiana? We've got you covered! See More Louisiana News
Previous Article REPOST: I Found My Long-Lost Brother Using Ancestry DNA Less Than 1 Year After Our Mom Died
Next Article These Louisiana colleges have the most student athletes