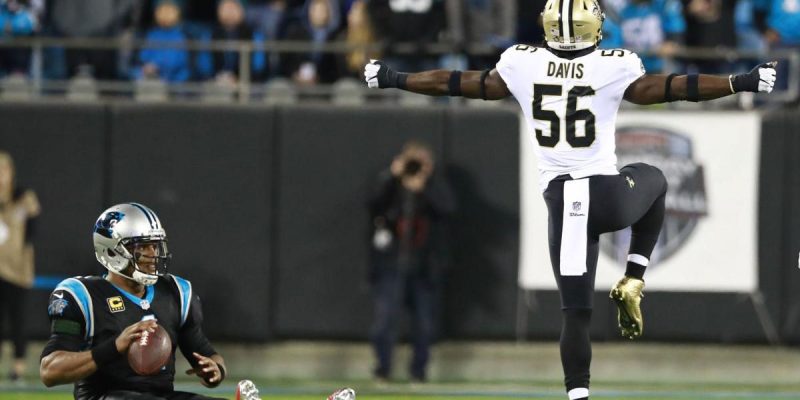 If there is a Dat Tuesday 2.0 rolling through the streets of downtown New Orleans in February 2019, the Saints defense better be on the first float.

After a slow start and an embarrassing performance against the Tampa Bay Buccaneers, the defense has been the secret sauce that has kept the team in games, putting serious pressure on opposing quarterbacks and limiting the opposition’s scoring.

Shockingly it has been the offense that has been sputtering and struggling to put up points.

You could see the frustration on quarterback Drew Brees’ face in a post-game interview on Monday night as he gave a terse breakdown that sounded more like the way a signal caller talks about a loss than a win.

He didn’t mince words and he didn’t just blame himself, something number nine typically did even when the mistakes of others proved far costlier.

Yes the play calling was once again strange as Coach Sean Payton has shelved a potent and productive ground game which isn’t being fully utilized.

If this is due to Payton trying to put Brees back into contention for MVP then it needs to stop.

Besides Brees’s legacy is better enhanced with a second Super Bowl ring.

And a significant part of Brees’s stalled production is related to his lack of targets.

Saints wide receiver Michael Thomas might want to rethink his Twitter handle @cantguardmike. While he is doubtless a difficult one-on-one matchup, teams have been surrounding him with more bodies than the president knowing he’s Brees’ favorite receiver.

The Saints are missing a second receiving threat that can free up Thomas from the attention he is receiving by opposing defenses.

That missing threat has a name: tight end Jimmy Graham.

“My numbers suck,” said a dejected Graham, who joined the Green Bay Packers thinking as a top target for quarterback Aaron Rodgers he would rekindle the gaudy stats and success he enjoyed with Brees and the Saints.

Having one of his least productive season in terms of hauling in touchdowns with two (compared to his Saints’ season low of five when he was splitting time with starting TE Jeremy Schockey), there’s now speculation that the Packers might release Graham to avoid the $5 million roster bonus he is due in March.

It’s unlikely Graham would be moved out after one season but the talk and implied reference by Graham that he might be giving it his all for another team is startling considering the megastar status he once had with the Black and Gold.

The Saints front office was cognizant of his value and pursued Graham in the offseason but were unable to sign him.

The depth behind Thomas at wideout has not been reassuring.

Keith Kirkwood and Tre’Quan Smith have had their moments but neither have displayed the consistency of a trusted number two receiver.

And Austin Carr wasn’t even active for the Carolina game.

There’s a chance Ted Ginn, Jr. can make it off injured reserve and the return of the speedy receiver would be not just welcome but essential if the Saints were to make it to Atlanta.

Playing the way they did against a visibly hurt Newton and a one-man Christian McCaffrey offense, the Saints could have an early exit from the post-season and would mark the first time the Saints lost a home playoff game since Jim Mora was coach.

Potentially at the hands of the Dallas Cowboys.

About the only good that came out of the Monday night game was that the Saints’ magic number for the number one seed in the NFC is down to one, meaning they can lock it up with a win against Pittsburgh next Sunday in the Superdome or with losses by the Los Angeles Rams (who are having their own problems) and the rising Chicago Bears this week or the next.

If the Saints lose to the Steelers, they could also secure home field by sweeping the Panthers in the last game of the season.

Hopefully that game won’t matter and Teddy Bridgewater will be running drills with a receiving corps in desperate need of practice.

Interested in more news from Louisiana? We've got you covered! See More Louisiana News
Previous Article Trump just banked a huge win for Louisiana soy farmers
Next Article Some of the best modern Christmas songs are from 1957 [audio]