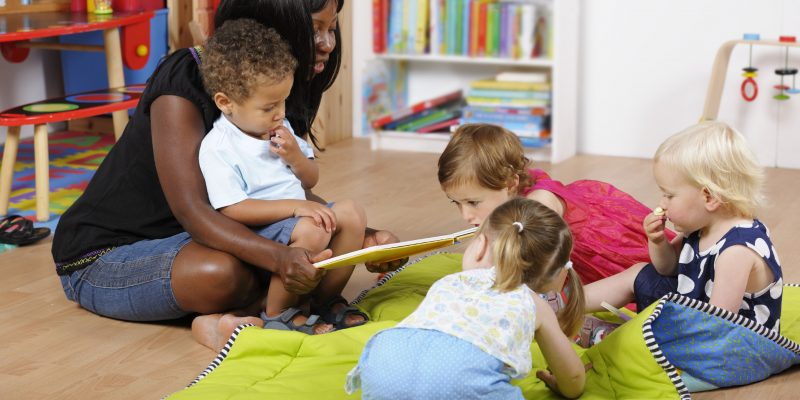 They published “A Bipartisan Case for Early Childhood Development,” arguing that young children having access to quality care before they enter school helps better prepare them in all areas of life.

According to the BPC report, Louisiana’s early childhood programs rank eighth in the nation for having created an integrated, efficient, early care and education system that supports children and families.

Congress appropriated nearly double the amount for the Child Care and Development Fund (CCDF) from $5.8 billion in 2017 to $8.1 billion in 2018. It also increased funding for other major ECE programs, including Head Start and Early Head Start in 2018.

“While these increases are historic, the need for ECE programs still outpaces the funding,” the report notes.

In light of the federal funding growth, BPC evaluated all 50 states and the District of Columbia’s organization and administration of early childhood education programs, including programs funded by federal appropriations and state-funded Pre-Kindergarten (Pre-K) and preschool programs. It ranked them according to several metrics, including their relative success in consolidating program administration, establishing advisory councils, implementing quality measures, and deploying available funds.

“States generally have wide latitude in the way they choose to organize, manage, and fund [early childhood education] programs on the ground,” the report states. “Better program integration and coordination at the state level is thus important, not only because it promotes the efficient use of public funds but also because it bears directly on families’ ability to access the resources they need.”

Louisiana drew down 100 percent of federal childcare funds, the report notes, receiving a score of 47, above the average score of 35.

BPC highlighted Louisiana’s Quality Rating and Improvement System (QRIS) as a model to emulate. It is mandatory for providers that receive the federal subsidy, and has proven to help ensure quality of care for all children.

“In recent years, Louisiana has worked diligently to coordinate its early childhood education system to better serve children and families,” Sydni Dunn, a spokesperson for the state Department of Education told Watchdog.org. “The report and state ranking released by the Bipartisan Policy Center validates those efforts.”

BPC reviewed publicly available data from the U.S. Department of Health and Human Services, state and program websites, and collaborated with all 50 states and the District of Columbia to verify information about their respective approaches to organization and administration of ECE programs.