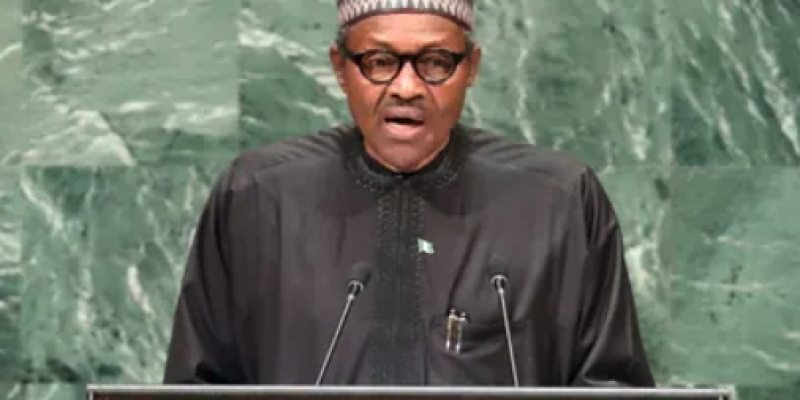 A rumor has been going around social media that Nigerian President Muhammadu Buhari died and was replaced by a clone. Buhari has been silent about this for months but finally came forward to declare that he is alive and not a clone.

Buhari is running for re-election in February after spending five months in the U.K. last year to receive treatment for an undisclosed illness.

Many argue that he didn’t come back from the U.K. and that he was replaced by a Sudanese man who looks like him called, Jubril.

I can assure you all that this is the real me. Later this month I will celebrate my 76th birthday. And I’m still going strong!

“A lot of people hoped that I died during my ill health. Some even reached out to the Vice President to consider them to be his deputy because they assumed I was dead. That embarrassed him a lot and of course, he visited me when I was in London convalescing,’’ he said, adding that those who spread the rumor were “ignorant and irreligious.”

He also said, ‘‘If I am getting harassed by anyone, it is my grandchildren, who are getting too many.’’

The Office of the President circulated Buhari’s comments in an email with the subject: “It’s Real Me, President Buhari Responds to Cloning Allegation.”

A video of the president stating that he is alive and not an imposter was posted on the president’s Twitter account.

One of the questions that came up today in my meeting with Nigerians in Poland was on the issue of whether I‘ve been cloned or not. The ignorant rumours are not surprising — when I was away on medical vacation last year a lot of people hoped I was dead. pic.twitter.com/SHTngq6LJU