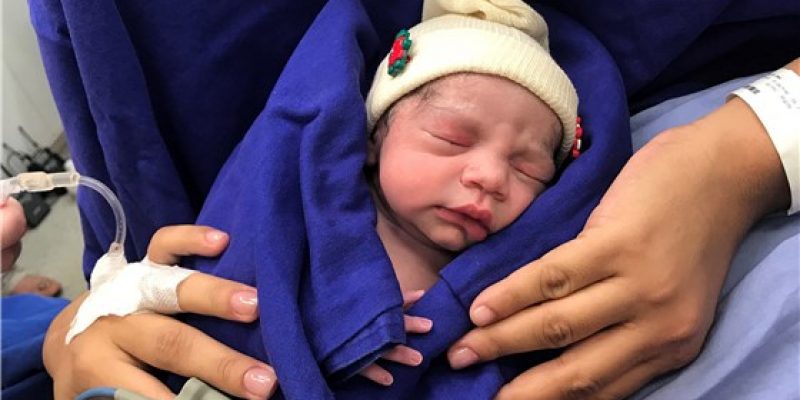 The first baby in the world was born after growing inside of a deceased donor’s womb.

Brazilian doctors are reporting the world’s first baby born to a woman with a uterus transplanted from a deceased donor.

Eleven babies have been born through uterus transplants but only from a living donor like a relative or friend.

The first successful transplant and birth was led by Dr. Dani Ejzenberg, of the University of Sao Paulo School of Medicine, and his transplant team.

This Dec. 15, 2017 photo provided by transplant surgeon Dr. Wellington Andraus shows the baby girl born to a woman with a uterus transplanted from a deceased donor at the Hospital das Clinicas of the University of Sao Paulo School of Medicine, Sao Paulo, Brazil, on the day of her birth. Nearly a year later, mother and baby are both healthy.

The mother was born without a uterus due to a rare syndrome. She received the transplant and became pregnant through in vitro fertilization seven months later. The organ donor was a 45-year-old woman who had given birth to three children and later died of a stroke.

Two more transplants are planned as part of the Brazilian study. Details of the first case were published Tuesday in the medical journal Lancet.

Uterus transplantation was pioneered by Swedish doctor Mats Brannstrom, NBC News reports, who has delivered eight children from women who received wombs from living donors of family members or friends. Two babies were born at Baylor University Medical Center in Texas, and one in Serbia from uterus transplants given by living donors.