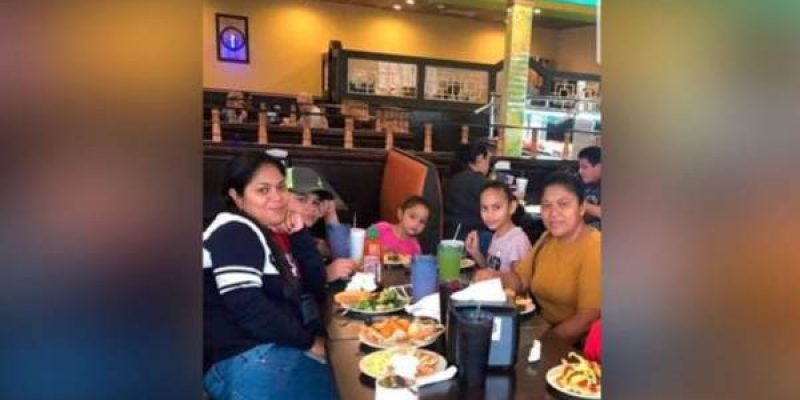 In November a Honduran national, “Lady Frijoles” upset her Mexican caretakers when she complained to reporters about the free beans and tortillas they were being given in Tijuana, Mexico, the Daily Caller reported. She said:

“The food that they’re handing out here is terrible. Refried beans? As if they were feeding the pigs. If we don’t eat this, we will die of hunger.”

Honduran migrant on free food she is receiving in Mexican caravan camp in Tijuana:

"The food that they're handing out here is terrible.
Refried beans? As if they were feeding the pigs.
If we don't eat this, we will die of hunger."https://t.co/I3MlfpfZxX pic.twitter.com/Dagmhn3iD2

It turns out that she, Mirian Celaya, isn’t a “refugee” and lives comfortably in Honduras.

Turns out she was in Dallas, with her sister eating a local restaurant. Her sister posted a video on Instagram of them eating in Dallas, saying:

When everyone wondered where Mirian Celaya is, the Honduran migrant who despised Mexican beans, she was already crossing to the US.

And in the last hours have circulated videos of the Honduran controversy with his sister, celebrating his arrival in the ‘American dream’.

Mirian Celaya is neither poor nor a migrant and yet somehow she entered the U.S. and is with her sister living in Dallas.

Yet she was used by the mainstream media to promote a lie about the migrant caravan that is part of the mass migration plan being pushed by the U.S. Agenda 30 globalists.

Spread the word about the lies at the border.