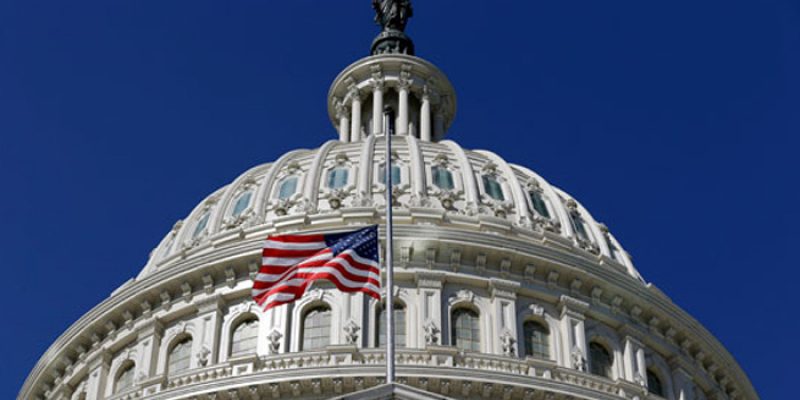 A new magazine targeting young recruits for ISIS is calling on jihadists to wage vehicle attacks outside of the U.S. Capitol. It was distributed worldwide through online file-sharing sites and produced by multiple ISIS-supporting media groups, including Ashhad Media and Al-Abd Al-Faqir news groups.

Shabab al-Khilafah, or The Youth of the Caliphate, was first published in October with articles, posters and teasers to online videos, all encouraging jihadists to attack on their home soil.

The second issue was released Nov. 9, encouraging followers to join in “media jihad” by committing to daily online activities like disseminating ISIS propaganda and how to avoid being caught.

As a result, on Nov. 9, Hassan Khalif Shire Ali rammed his car filled with propane canisters into a sidewalk in Melbourne’s central business district, got out and stabbed three people, killing one before being shot by police.

The third issue of the magazine, released this weekend, expanded to 20 pages and includes more images of violence. One depicts a fiery attack at an altar inside a cathedral, glorifies the California wildfires as “divine payback” suggesting that jihadists commit arson, and depicts the cities of London, Sydney, Paris and Rome in the cross-hair of a rifle scope.

Threat posters depicts a person’s a hand on a steering wheel with a description that the driver is headed towards the U.S. Capitol. The headline states: “Harvest time has come in your homes. Run them over with a truck or a car. Coming at you.”

Instead of “Got Milk” or “Just Do It” slogans, ISIS proposes its own: “Just Terror.”

Under the image of the new slogan, the magazine states:

“And so this battle is between those worldwide media organizations and every single Muslim from any country. Since the people of falsehood have united against Muslims it’s only logical that we, the people of this ummah [Muslim community], unite against this satanic coalition… the Islamic State has never had any problems dealing with non-Arabic languages and cultures and this is manifested in its various media foundations and that a lot of its wilayah [provinces] are in non-Arab land. The Islamic State project has never been a national one but a globalist one that aims to unite all of this ummah with all of its colors and races under one banner and one law.”

The Al-Taqwa Media Foundation also issued a biological threat warning in a poster. It depicts a capitol building — not the U.S. Capitol — on fire and a street littered with abandoned military vehicles and civilian cars with armed and camouflage-clad jihadists stand in front of the building. Included were four biohazard warning symbols and a caption that reads:

The Youth of the Caliphate is not new– ISIS has been recruiting youth ever since its origin.

This summer, Everitt Aaron Jameson of Modesto, Calif., pled guilty to plotting a Christmas 2017 attack at Pier 39 in San Francisco. He had “liked” a Facebook post of an ISIS poster depicting Santa Claus overlooking Times Square with a box of dynamite next to him.