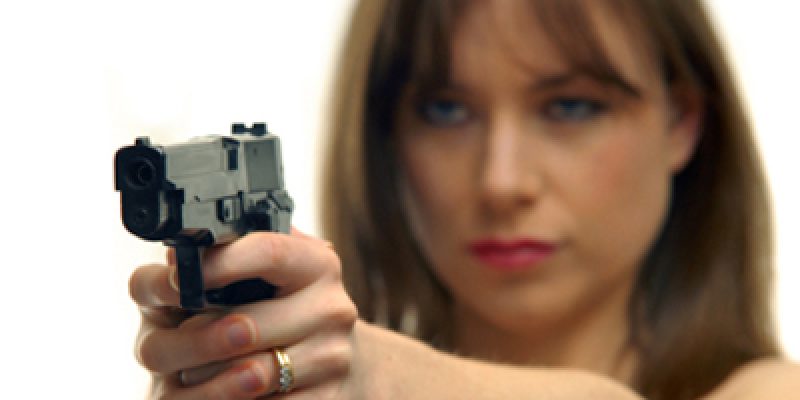 This is one reason why the Second Amendment exists: self-defense.

A woman fatally shot her husband as he beat her and tried to strangle her in a Metairie home, the Jefferson Parish Sheriff’s Office stated. She was not charged with committing a crime after investigators questioned her.

According to the Sheriff’s Office, the woman called 911 just before 9 p.m. and reported she had shot her husband in their home in the 2900 block of Transcontinental Drive.

Mastin was shot multiple times and died at the scene. Deputies took his wife into custody and brought her to the agency’s detective bureau to be interrogated.

The Sheriff’s Office said the woman cooperated with investigators and “provided a detailed and well-documented history of physical and psychological abuse” at the hands of Mastin.

Although the woman had not previously disclosed the abuse to law enforcement, friends or family, she “was able to provide a significant amount of corroborating evidence to back her statements,” the Sheriff’s Office said.

She said Mastin had beaten her and attempted to strangle her before she shot him, “fearing that the years of abuse would culminate in” her death, the Sheriff’s Office stated.

The Sheriff’s Office said she “displayed multiple physical injuries that corroborated her account” of a justifiable killing in self-defense. She has not been named because she is believed to be a domestic violence victim and was released from custody without being accused of a crime.

The Sheriff’s Office will still forward its findings to the Jefferson Parish District Attorney’s Office, which will decide whether to file criminal charges.

However, under Louisiana law, people who reasonably believe that their lives are in imminent danger are legally allowed to kill in self-defense.

Tulane University Law School confirmed that Martin was a student but provided no additional comment.

Interested in more news from Louisiana? We've got you covered! See More Louisiana News
Previous Article Somebody Did A Number On That Ray Liotta Chantix Commercial, And It’s Awesome
Next Article New Remington Research Poll Results Show The Weakness Of JBE’s Re-Election Prospects