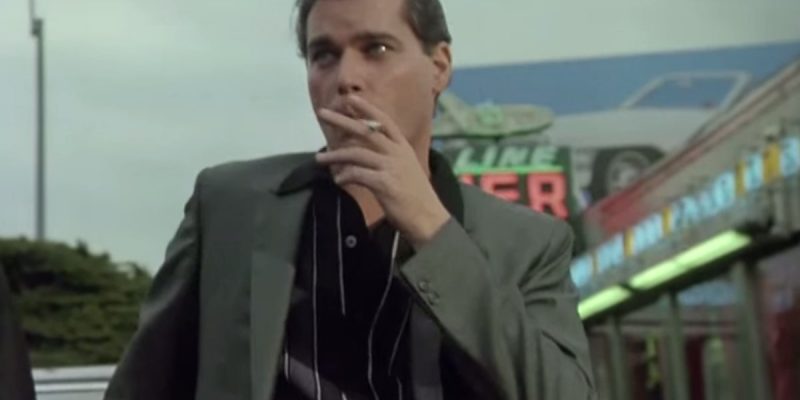 You gotta have been under a rock for the last six months not to have seen this Ray Liotta add for Chantix, this pill you take which is supposed to make you not want to smoke anymore. It’s nice they made somethin’ else people can take that’ll stop ’em from smokin’, because that patch and that gum doesn’t work for everybody. But jeez – they must make a lotta money off that Chantix pill, because they sure spend a fortune on the ads for it. They’re everywhere.

And it kinda looks like ol’ Ray is slowin’ down some. They whole ad is in slow motion, seems like – and Liotta ain’t never been in slow motion in anything else he’s done. He sure wasn’t in slow motion in Goodfellas – guy gave ya heart palpitations just watchin’ him. And the other stuff he’s been in was no different. He’s always the manic psycho guy who scares the hell out of you even when he’s a good guy.

Maybe they slowed him down in the ads so as to make all of us believe Liotta’s not a psycho anymore because he stopped smokin’, and now that he’s a non-smoker he’s all good, and if you take Chantix you’re gonna be in your Zen place and the whole world’ll slow down for you, too. If all that’s true maybe people who are nuts and don’t even smoke oughta be takin’ this pill.

But see your doctor about that. I ain’t no kinda authority on the subject.

Anyhow, a little while back some dude with some video editin’ software and a YouTube account got hold of that ad and decided to make everybody remember that this is Ray Freakin’ Liotta we’re talkin’ about here, and did a better job of sellin’ Chantix than Chantix does.

Well, not exactly. But they definitely came up with somethin’ more entertainin’ than that commercial is…