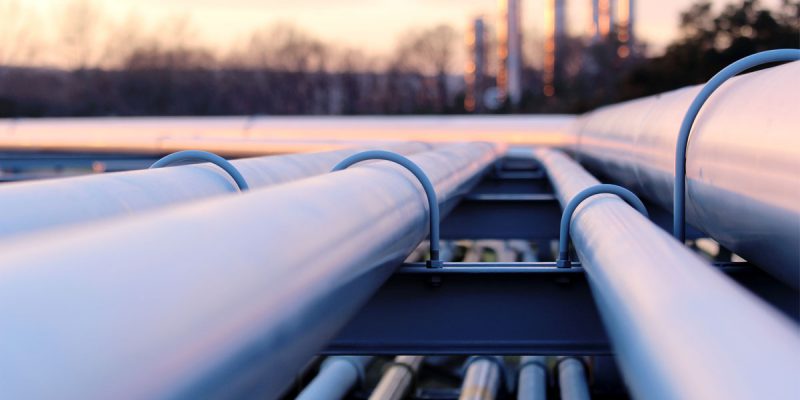 For the first time in 75 years, the U.S. became a net exporter of oil last week.

The shift to net exports caps a tumultuous week for energy markets and politics. OPEC and its allies are meeting in Vienna this week, trying to make a tough choice whether to cut output and support prices, risking the loss of more market share to the U.S.

“The week started with Qatar leaving OPEC; then a mysterious U.S.-Saudi bilateral meeting in Vienna; followed by a canceled OPEC press conference, and now the latest news that the U.S. turned last week into a net petroleum exporter,” said Helima Croft, commodities strategist at RBC Capital Markets LLC and a former analyst at the Central Intelligence Agency.

This is huge. It has been the goal of American politicians to be “energy independent” since at least the 1970s. For this brief moment, the U.S. has achieved that goal.

How did the U.S. do it? There were a few small things that contributed a little bit towards this underreported occasion. American drivers have increased their fuel efficiency thanks to technological developments such as hybrids and better-designed vehicles. Industries have slowly moved away from petrochemical-based plastics and have sought out plant-based alternatives. Finally, we have increased the use of alternative fuels such as ethanol and completely electric cars.

But the biggest and easily the most important factor in America’s newfound energy independence has been the fracking boom. Fracking has brought millions of gallons of American oil that was thought to be unrecoverable or even unknown.

Here’s the kicker, American oil exports are set to increase over the next few years and decades.

U.S. crude exports are poised to rise even further, with new pipelines from the Permian in the works and at least nine terminals planned that will be capable of loading supertankers. The only facility currently able to load the largest ships, the Louisiana Offshore Oil Port, is on pace to load more oil in December than it has in any other month.

The massive Permian may be even bigger than previously thought. The Delaware Basin, the less drilled part of the field, holds more than twice the amount of crude as its sister, the Midland Basin, the U.S. Geological Service said Thursday.

Unfortunately, this period of energy independence is set to be brief. The U.S. still imports millions of barrels of oil a day to feed its refineries. Because of those massive oil imports, the U.S. is still at the mercy of the global price of oil and Middle Eastern geopolitics. But much of the fuel that is made at the refineries are now exported as well.

The U.S. is now a major player in the global oil markets. It can new pursue its own petrodiplomacy as Europe seeks to break free from Russia’s energy grip and puts some needed distance from Saudi Arabia. More importantly, the economies of Louisiana, Texas, and other energy-producing states are set to benefit.