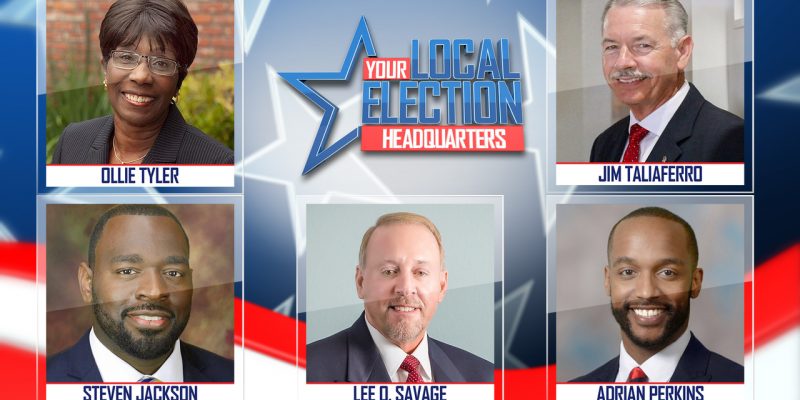 Mayor Ollie Tyler was in trouble, everyone knew it. Violent crime, crumbling streets and a lack of jobs were a triple-albatross for the first term incumbent.

Republicans saw an opportunity and were determined to get a candidate into the runoff against the vulnerable Democratic mayor, opening the door to the first Republican mayor in two decades.

Eight candidates stepped forward to be the people’s candidate for change. Three democrats and two republicans stood out in the field. Law enforcement expert Jim Taliaferro and businessman Lee O. Savage would carry the Republican banner into the “jungle primary.”

As the relief of three candidates subsided, the concern over a 50-50 split grew within the party and Republican voters. However, with three Democrats in the race it seemed that the numbers broke down in our favor.

The biggest threat to Mayor Tyler was a political newcomer named Adrian Perkins whose strength was his knack for fundraising. By November, he out-raised her roughly $130,000 to $115,000 with Jim Taliaferro leading his Republican rival roughly $40,000 to $10,000.

“It’s a race to 20% for the runoff spot” was the consensus among local analysts. The Caddo GOP decided to fund a poll to provide clarity on which Republican should consider dropping out. While it showed Jim in 2nd place, it was not by enough to unite the party.

Voter turnout was slightly higher than expected with 48.6% of registered voters going to the polls. This included 60% turnout among Republicans and 50% among Democrats.

1 out of 3 Republicans voted Democrat because they believed it was the best chance to get rid of Mayor Tyler. It was a three-way-split. 66% of the vote went Democrat.

But what if we had a real primary election (open or closed)? Who would have been our candidates on the Dec. 8th ballot? Ollie Tyler (D) and Jim Taliaferro (R).

The reason is simple, Republicans would be unable to cross party lines without giving up their ability to vote for their Republican city council candidates. Most of the 9,000 votes would have likely chosen between the two GOP candidates, one of which only needed 3% to keep the mayor out of the runoff.

This is a shining example of the damage being done by jungle primaries especially in major cities where we must compete by at least being on the final ballot.

Interested in more national news? We've got you covered! See More National News
Previous Article Last Week, The U.S. Ended Its Reliance On Foreign Oil
Next Article Turns Out Cameron Henry Knew What He Was Doing When He Vetoed That Sunny REC Forecast