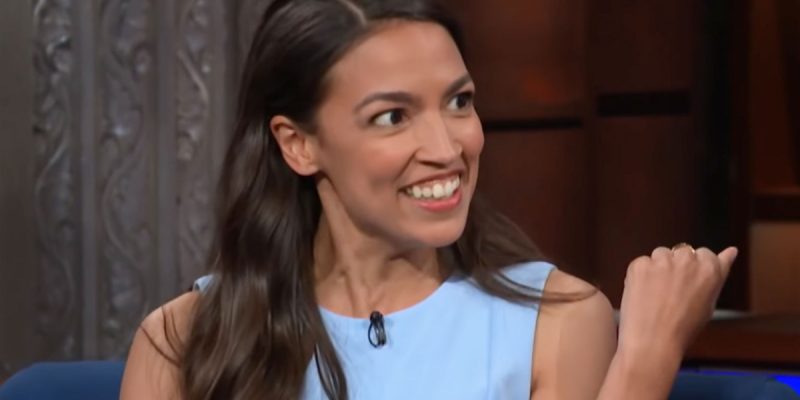 The 116th Congress will be one for the record books, but not in a positive way. Sadly, the United States House of Representatives is now controlled by the Democratic Party for the first time in eight years.

The Republicans lost their grip on power for a variety of reasons including their refusal to enact the agenda endorsed by the American people in the 2016 election. As a result, Democrats have the spotlight and the ability to consider horrible ideas such as the new “Green New Deal” proposal being floated by 29-year old socialist superstar U.S. Representative Alexandria Ocasio-Cortez (D-NY). She wants to raise the top income tax rate from 37%to 70% to move the country toward zero carbon emissions. If any of her proposals are ever enacted into law, Venezuela here we come!

It is ridiculous that Democrats like Ocasio-Cortez want to double tax rates after the country’s economy has been booming due to the policies of President Donald Trump. Among his many accomplishments during his first two years as President was the passage of massive tax cuts that have spurred robust economic growth. The tax cuts also helped the labor market, which grew by an astounding 312,000 new jobs in December.

Along with abysmal policies, there will be plenty of abysmal behavior from the new Congress. For example, new U.S. Representative Rashida Tlaib (D-MI), did not waste any time in using vulgar language to refer to the President of the United States. On her first night as a new member of Congress, Tlaib vowed to “impeach the mother…er” at a reception hosted by a progressive organization. Instead of being greeted by groans and angry demands for an apology, Tlaib received cheers from her group of supporters. This type of nasty insult is certainly unprecedented in recent political history.

While congressional Republicans disliked the agenda of then President Barack Obama, the vast majority treated him with the utmost respect. Obviously, whoever occupies the Oval Office represents all of the American people, something rational political opponents certainly understand.

In the case of President Donald Trump, Democrats have lost all sense of common decency. While Tlaib used vulgarity to insult the President, U.S. Representative Hank Johnson (D-GA) made an even more disturbing comment. On Tuesday, he compared the President to Nazi dictator and genocidal murderer Adolph Hitler. He made the incendiary remarks at a NAACP event at the Friendship Baptist Church in Atlanta, Georgia to commemorate the 156th anniversary of the Emancipation Proclamation. According to Johnson, “Hitler was accepting of violence towards the achievement of political objectives; Trump encouraged violence against protesters at his rallies and his messaging about Charlottesville that there was bad people on both sides sent a powerful message of approval to the far-right racists in America.”

In essence, Johnson, who once feared that the island of Guam may “tip and capsize” if 8,000 Marines were stationed there, claimed that President Trump is a heinous war criminal, an evil tyrant. In his remarks, Johnson expressed worry that “Americans, particularly black Americans, can’t afford to make that same mistake about the harm that could be done by a man named Hitler or a man named Trump.” This type of idiocy is truly harmful to our entire political system. In the meantime, Johnson needs to educate himself on a number of basic subjects such as history.

Not surprisingly, Johnson was not reprimanded by new House Speaker Nancy Pelosi (D-CA), who will be busy trying to control her radical membership. It is not only Johnson and Tlaib who are crazy. They are joined by many far-left Democrats in Congress who feel complete hatred toward the President. For example, a bill to impeach the President was introduced as the first order of business for the new House of Representatives. In addition, a bill has been filed to require both presidential and vice-presidential candidates to release 10 years of tax returns. Obviously, this is aimed at President Trump who has refused to release his tax returns that are still being audited by the Internal Revenue Service.

As this Congress proceeds, decorum and dignity will be in short supply. Pelosi has already made clear that she will do nothing to rein in her members. In an MSNBC interview, Pelosi refused to condemn Tlaib’s vulgar language, saying, “I don’t think we should make a big deal of it.”

By doing nothing, Pelosi is really signaling to the American people that she is not in control of her own Democratic Party caucus. In this 116th Congress, it is the inmates that are truly running the asylum.