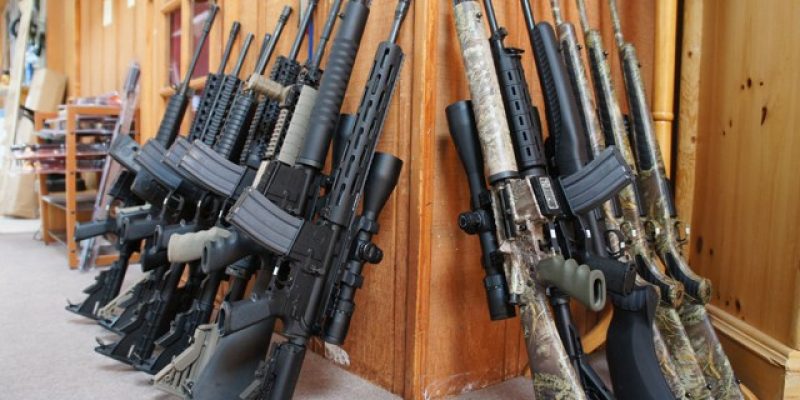 This is what happened in Boulder City, and it could happen anywhere else. Many residents stood up against the local ordinance and the Mountain States Legal Foundation is likely to win another case, as it is suing the city.

The Boulder City Council unanimously passed an ordinance last May requiring gun owners to “certify” their “assault weapons” or remove their firearms from city limits. Those who didn’t could face fines, jail and confiscation and destruction of their firearms.

The next day, attorneys from the conservative Mountain States Legal Foundation sued the city on behalf of Jon Caldara, Boulder resident and president of the Independence Institute; the Boulder Rifle Club Inc., a Colorado nonprofit corporation; General Commerce, LLC, d/b/a Bison Tactical; and Tyler Faye, a member of the University of Colorado Shooting Team.

The foundation argues that the ordinance violates multiple provisions of the U.S. Constitution and the state constitution, and at least two state statutes.

The foundation asks two key legal questions regarding whether a municipality “can undermine the exercise of fundamental and unalienable rights and ignore the U.S. Constitution and controlling Supreme Court precedent?” Additionally they question if the city can legally “ignore its state constitution and state law by infringing upon and criminalizing an individual’s unalienable and natural right to self-defense, and the right to keep and bear arms?”

The ordinance includes a grandfather clause that permits owners of these firearms to keep them in their possession if they receive a certificate from the local sheriff’s office proving their ownership and certifying their firearms. The law also bans them from openly carrying their rifles and shotguns.

“My hope is that we will see more bans at the state level and one day at the federal level so these weapons will no longer be available,” City Councilman Aaron Brockett said after the ordinance passed.

But Dudly Brown, executive director of Rocky Mountain Gun Owners, told Watchdog.org, “The Boulder gun control ordinance is yet another dive into fantasy by a city already deep into socialism.”

Two groups not a part of the lawsuit, the Colorado State Shooting Association and Boulder-based Gunsport of Colorado, say the ordinance is invalid because it conflicts with state law.

Police and city officials have said that there is little they can do to enforce the ordinance. The Boulder Police Department has issued 87 certificates since the ban passed in May.

Plaintiff Jon Caldara does not have one.

“I did not comply. By my very core principles I cannot comply,” he told Watchdog.org.

Caldara added that no city or law enforcement authorities have contacted him, but his daughter has been bullied at her school because of his position.

“This is a very divisive issue where people have very strong feelings,” City Attorney Tom Carr told the Daily Camera. “The folks who oppose these kinds of bans … some of them suggest they’re not going to cooperate. I can’t predict what people are going to do, but I respect the feelings.”

In an op-ed Caldara wrote that was published in numerous Colorado publications, he argued that any other member of the public who is not a gun owner would never be subjected to such restrictions. He said they “would never be forced to self-identify to government authorities, to submit to inspection, to be registered and made to pay fees to keep your core beliefs. My strong belief in my Second Amendment rights is core to who I am.”

Because he owns a long gun with a pistol grip and a detachable magazine, Caldara said he was required to self-identify to the police, present himself for investigation and his gun for inspection, pay fees in order to receive a police-issued certification – or potentially go to jail, pay a fine, and have his firearms confiscated and destroyed.

But Caldara has not been charged with committing a crime.

Since he took his public stand against the city of Boulder, Caldara says his daughter has been bullied at her school, “the one with posters celebrating tolerance and diversity all over the walls.”

Teachers have criticized his stand on the Second Amendment to entire classes, and students “ganged up on” his daughter, telling her that “her father is a murderer.”

In September, the U.S. District Court for the District of Colorado deferred to the Colorado court system to determine whether the city had the authority to enact the ordinance at all.

“While we will always support the principle of federalism, this decision forces the people of Boulder to wait to vindicate their rights under the U.S. Constitution,” Cody J. Wisniewski, the lead attorney on the case, said. “We will not give up the fight to defend the constitutionally protected rights of the people of Boulder.”

The foundation previously won a lawsuit that went to the State Supreme Court in 2012. The court ruled in Regents of the University of Colorado v. Students for Concealed Carry on Campus that concealed carry permit holders have a constitutionally protected right to possess concealed firearms on public university campuses.

This is a revised article previously published on Watchdog.org.