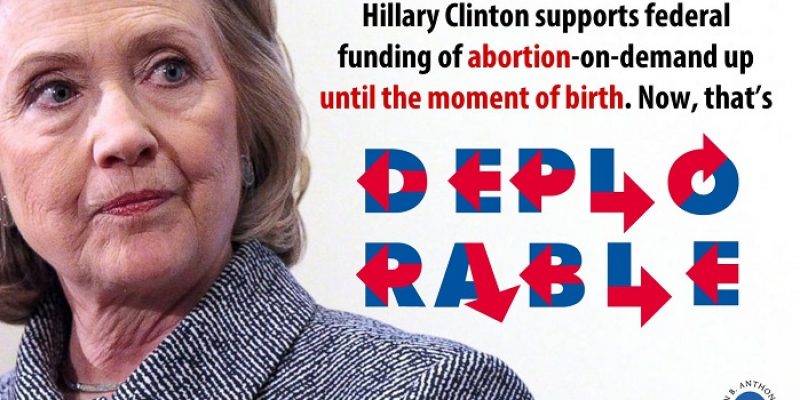 Former Secretary of State Hillary Clinton, under investigation for corruption in the Clinton Foundation and the Fusion GPS scandal, recently announced her plan to help New York Gov. Andrew Cuomo adopt abortion up to the minute of birth. (Because that one minute makes the difference between legal and illegal murder.)

Her recent tweet is causing an uproar on social media as she says “there’s no time to wait.”

I’ll be joining @NYGovCuomo as he lays out his plan to codify Roe v. Wade and pass the Reproductive Health Act. There’s no time to wait. #RHAin30Days https://t.co/9DW9cfE9RD

Cuomo hopes to push through the “near-birth” abortion bill within 30 days. State Sen. Liz Krueger, D-Manhattan, is the bill’s sponsor.

Pro-abortion lawmakers in New York tried to pass a similar bill in previous years, the most recent bill was defeated by one vote. Last year, similar legislation passed the Assembly but was blocked by the Senate Health Committee and did not make it to the floor for a vote.

If passed into law, the bill would legalize abortions on viable, late-term unborn babies for any “health” reason and would keep abortion on demand legal in the state– even if the U.S. Supreme Court overturns Roe v. Wade. The bill provides a very loose definition of the term, “viability.”

According to The Times Union, the bill would end a decades-old law that criminalizes late-term abortions if Roe is overturned. It would replace it with new language allowing abortion on demand.

“It would proclaim abortion as a fundamental right and impose an extreme abortion agenda on all New Yorkers,” according to New York State Right to Life (NYSRTL).

According to NYSRTL analysis of the 2013 bill, (nearly identical to this year’s bill), the New York law goes much further than the definitions created by Roe: “Roe v. Wade defined viability as the potential to ‘live outside the mother’s womb, albeit with artificial aid.’”

The New York bill subjectively determines viability according to the whim of a “licensed healthcare practitioner.”

If passed, the law would allow all third-trimester unborn babies to be killed for all “health” factors including “physical, emotional, psychological, familial and the woman’s age.”

Additionally, the bill stipulates that the state cannot “deny, regulate or restrict” abortion, not even for parental consent for minors, informed consent or limits on taxpayer-funded abortions.

According to NYSRTL, the bill does not provide protections for religious hospitals or insurance companies.

This is not Clinton’s first attempt to push for abortion on demand. During her failed 2016 presidential campaign, she advocated for abortion to be legal for any reason up to birth— and that taxpayers fund it.

Interested in more national news? We've got you covered! See More National News
Previous Article Are You 100 Percent Sure That John Bel Edwards Will Even Make The Runoff This Fall?
Next Article Apple throws out tolerance and diversity when it comes to Christian App [videos]