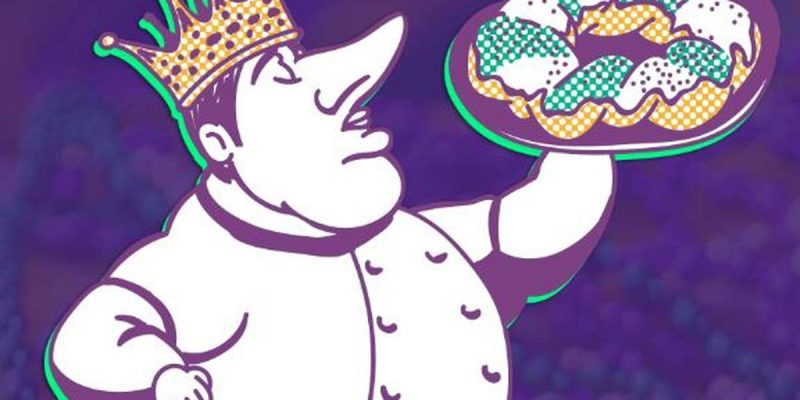 King Cake season, arguably one of the best times of year in Louisiana, is kicking off the year with a bit of competition to produce the best King Cakes of 2019. KingCakeSnob.com has officially initiated its fourth annual “Seal of Approval” ranking contest, where Louisianians can vote on the site for their favorite King Cake bakeries. Voters are also automatically entered to win a weekly drawing for a free cake delivered to their door.

2018 saw nearly 4,000 reviews on the site, which featured 525 different cakes from over 150 bakeries. Victory fell to Caluda’s King Cake of Harahan, LA, championing four of the five categories, including the overall best “traditional” and “filled” cakes, which includes their pecan praline King Cake.

Last year, King Cake Snob partnered with Dirty Coast, a local clothing brand, and produced a Mardi Gras themed t-shirt. All proceeds from this shirt, which reached around $1,400, were donated to Second Harvest Food Bank. The site is a product of Innovative Advertising, which is a advertising agency based in Mandeville.

“We were extremely pleased with the growth in participation last year by all of the King Cake Snobs, and we’re looking forward to another fierce, but fun, competition this year. We’re excited to give people another opportunity to honor their favorite cakes and bakeries. King cake is one of the many timeless traditions that comprise the Carnival season, and King Cake Snob is a celebration of this fantastic time of year in Louisiana.”

King Cake Snob records voter reviews and questionnaires to see what the people of Louisiana favor regarding fillings, frequency of King Cake consumption, and more. Viewers of the site can see contesting bakeries, past winners, and a countdown to Mardi Gras. As it currently stands, the site has 305 total reviews and 172 cakes reviewed for the season.

Are you a King Cake snob?