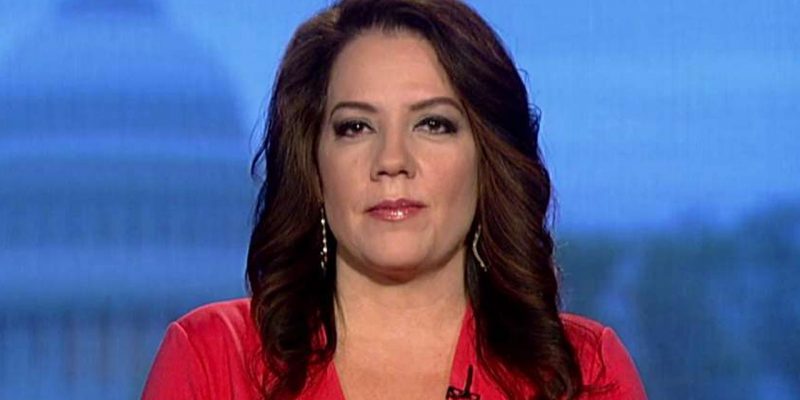 …and shames the living hell out of the Mitt Romney-Paul Ryan-Jeff Flake Conservatism, Inc. crowd in the process. If you’ve got a better accounting of the post-Reagan conservative movement’s accomplishments prior to the coming of Donald Trump, please show it to us – and if you can come up with a better description of why a conservatism divorced from the sclerotic Beltway status quo, which Trump is, albeit imperfectly, bringing to the fore, is needed in 2019 then show us that as well.

This comes in a Washington Examiner symposium of a number of Republican and conservative writers and political figures (Ben Sasse, the senator from Nebraska, is one, and his offering is actually fairly good), some of whom did creditable jobs and some of whom utterly failed to do. If you don’t agree with us (and also with Ace of Spades) that Hemingway took home the prize with this, feel free to say so.

One of the ways that Vladimir Putin retains power in Russia is to permit a systemic, yet insincere opposition in the legislature. Technically, these individuals are in an opposing party, but they are generally fine with Putin’s government. Putin uses them to monitor his opposition and to create an illusion that there’s an outlet for contrary opinions.

For too long, the conservative movement in Washington, D.C., functioned as the systemic opposition to progressivism’s march through American institutions, public and private. Technically, they were opposed, and they’d make some sounds about opposing the growth of the administrative state and the cultural rot. But they were never terribly successful at returning the country to its first principles or constitutional order, despite the millions of supporters who put them in power and expected not just rhetoric but results.

Conservatism now is about rejecting this rigged system and taking the risk of working outside of it to advance its principles and policy objectives. The fact that conservatism had become a checklist of watered-down progressive policy prescriptions only served to hasten the demise of the old system.

What was conservatism’s last great accomplishment? The expansion of Medicare Part D? The failed efforts to spread democracy by force through the Middle East? Wasted years talking about the repeal and replacement of Obamacare? Sitting idly by while Silicon Valley tech oligarchs took control of our discourse and set the parameters for acceptable thoughts and speech?

There is a limit to how long people could ride the high of the Reagan years without successive accomplishments.

Conservatism today is properly understood as constitutionalism and a revisiting of first principles about securing the blessings of liberty. It’s a movement that demands meaningful free-trade agreements instead of just agreements based on the hope that someday China will play fair. It seeks hearty discussions about national sovereignty and meaningful borders. It acknowledges the limits, and costs, of military action. It recognizes that crouching cowardice in the face of cultural losses led the country to its current precipice, where people are terrified to speak freely and speak the truth.

And it doesn’t care one whit if it has to completely upset the existing political order.

This, for us, hits the ball straight out of the park. The cultural piece has to be the centerpiece of any expansive conversation about conservatism, because it is the rout of non-progressives throughout our cultural institutions which has turned every aspect of American life into a non-stop political battle, against the will of the vast majority of Americans. That’s why our educational institutions are increasingly factories of ignorance, it’s why there’s nothing good on TV, it’s why the NFL can’t seem to stop its players from pissing off at least half the fan base, it’s why our celebrities are a collection of boorish perverts who can’t stay in their lanes and it’s why our news media is a never-ending parade of stoked-up divisive political food fights. You can’t even hardly watch the weather on local TV news anymore without catching a diatribe about “climate change.”

That Hemingway gets this, while at the same time intelligently repudiating the pottage that Bush era, and post-Bush era, Beltway conservatism had become – never-ending troop deployments to Third World shitholes, abject surrenders to Democrats on domestic policy, a failure-theater con game against Republican voters, qualifies her for status as a primary voice to be heard on what conservatism is and ought to be at this point in American history. We’ve already been big fans of her work at The Federalist, and we’re going to follow her a lot more closely going forward.