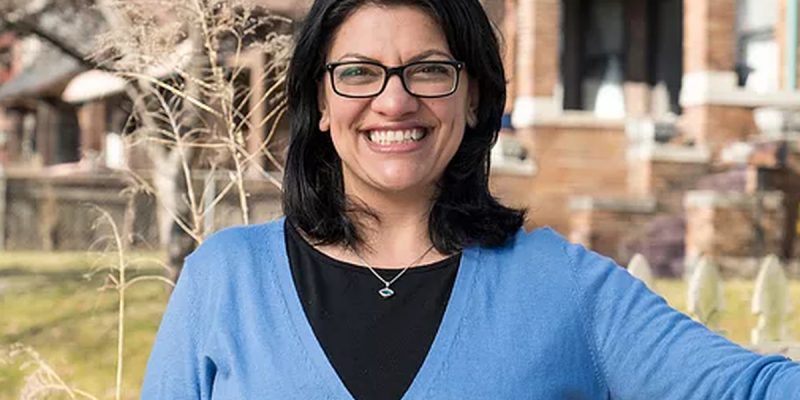 We have residents of Michigan to thank for this. The newest elected Islamist to the U.S. House of Representatives, Rashida Tlaib, a Palestinian and Democrat, was recorded after being sworn into her new role: “we’re going to go in and impeach the motherf%#@er!”

Impeach Trump for what? He has committed ZERO crimes.

Investigations into the bogus Russian collusion reveals that crimes were allegedly committed by Hillary Clinton and the Clinton Foundation. In fact, numerous indictments have already been made in Arkansas related to Clinton Foundation crimes.

This is the same woman–Tlaib– who is close to the Council on American Islamic Relations (CAIR), a known terrorist organization, which supports Hamas, the terrorist group continuously bombing Israel.

Tlaib is a Palestinian operative who hates America and Israel. She has successfully used the American electoral process to destroy the U.S. from within.

The only person who should be impeached is Tlaib.

Interested in more national news? We've got you covered! See More National News
Previous Article Louisiana posted 15th highest corporate income tax in 2018
Next Article Is a fetus an elephant? A clump of cells? Just nothing and not human? [video]