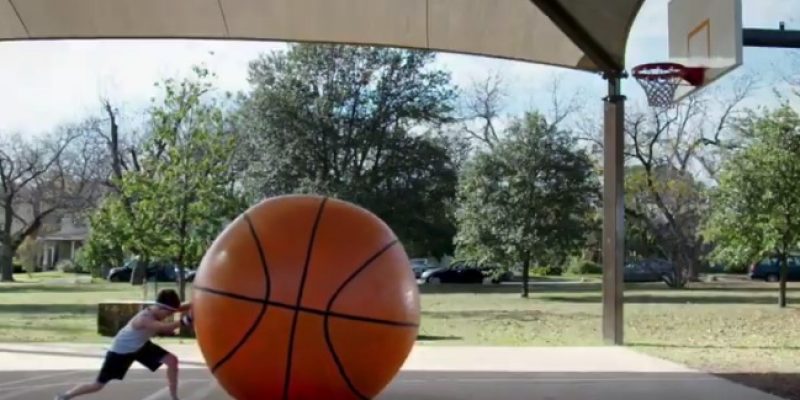 Following the 2019 National School Choice Week emphasis on empowering parents to choose the best schools for their children, the New Orleans-based Pelican Institute launched its education reform campaign called, “A school that fits.”

In its latest policy report, the institute argues that reforming Louisiana’s educational system is an economic and moral imperative.

“Ensuring that every child has access to a high-quality education of their choosing will help ensure that every Louisiana resident, regardless of his or her socioeconomic standing, has the chance to succeed,” the report states.

A video ad accompanies the policy brief, which depicts one man trying to squeeze into and drive a small toy car. In another scene, a young boy attempts to move a truck-sized basketball. In another, a woman falls after trying to walk in her toddler’s shoes. The analogy being, “education in Louisiana works for some families, but not others.”

“But what if there was a better way to make sure every child had access to a school that fits them?” the Pelican Institute asks.

A record-breaking 731 events and activities were held across the state promoting school choice during the week of January 20-26. NSCW points out that parents can deduct nonpublic educational expenses from their taxes. They can also qualify for state-run scholarships depending on their income level, as well as privately funded scholarships where available.

The Pelican Institute notes that over the past few years, Louisiana schools have been improving because of Recovery School Districts, robust growth in charter education, school choice initiatives and tenure reform.

“In recent years, school choice initiatives in New Orleans and other areas of Louisiana have started paying major dividends,” Daniel Erspamer, CEO of the Pelican Institute told Watchdog.org. “More than 90 percent of parents in the opportunity scholarship program are satisfied with their children’s schools, and 95 percent are satisfied with their children’s academic performance.”

Grades and student performance would be greatly improved if “government bureaucrats or union officials” don’t prevent “parents from selecting the best educational options available for their children,” the institute argues. The report cites one union official who allegedly claimed “low-income parents have ‘no clue’ how to select the proper school for their children.”

After Hurricane Katrina, charter schools and school choice scholarship programs exploded in New Orleans, the institute notes, which resulted in the percentage of New Orleans students in failing schools dropping from 65 percent to 4 percent over 10 years.

Other reform measures include rewarding teachers who have the greatest impact on their students, which includes changing teacher tenure policies and merit pay systems.

“If implemented fully, the reforms we are offering will begin the process of restoring the state’s educational system, ensuring every child has access to a high-quality education of their choosing and providing a level playing field for students of all backgrounds to succeed,” Erspamer adds. “We are hopeful that Louisiana’s elected leaders will embrace these reforms to bring jobs and opportunity back to our state.”

The education campaign is part of the Pelican Institute’s overall nonpartisan policy platform, “A Jobs and Opportunity Agenda for Louisiana,” which covers the economy, taxes, criminal justice, legal and regulatory structures and Medicaid.

Interested in more national news? We've got you covered! See More National News
Previous Article JBE’s Pals Run A Skewed Poll, And Still Can’t Get Him Above 45 Percent
Next Article RIALS: Baton Rouge’s Residents And Leaders Have Two Options On What To Believe About ITEP