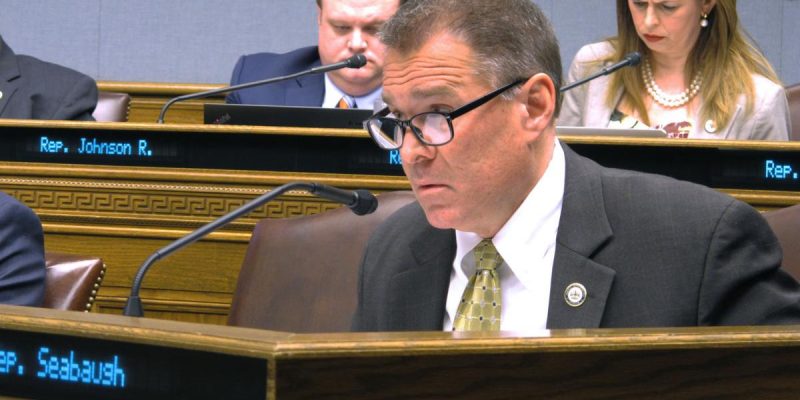 The conservative Republican will instead run for re-election and announced his intention to run for Speaker of the House:

“I am honored to have been offered a lifetime appointment to such a prestigious position. However, the job and the timing ultimately were not a good fit for me and my family. Louisiana is currently facing many challenges and my role as a conservative leader in the Louisiana Legislature is more important than ever. I intend to run for reelection in 2019 and will be a serious candidate for the position of speaker of the House.”

Seabaugh was being considered for nomination to the Western District of Louisiana’s Alexandria Division. The two-term representative formally withdrew his candidacy in a letter sent Thursday to President Trump in which he cited “unprecedented levels of delay and complication” in the confirmation process.

Congressman Mike Johnson (R-LA) offered his encouragement of the move:

“The federal court’s loss is the Louisiana Legislature’s gain! Proud of my good friend, Alan, and thankful he will stay another term to continue leading the fight for our conservative principles in Baton Rouge.”

“I am disappointed because Alan is amply qualified to be an excellent federal judge. He is a respected attorney who helps grade the Louisiana bar exam and brings a fiscally conservative voice to the Louisiana Legislature.” – U.S. Senator John Kennedy (R-LA)

“I thank Alan for being willing to serve the people of Louisiana and submit to the nomination process. Not too long ago, nominees for the federal bench received a Senate vote within months of being put forward, but now the process can take more than a year. We will work hard to make sure Louisiana’s Western District court is fully staffed as soon as possible.” – U.S. Senator Bill Cassidy (R-LA)

While there are few positions more beneficial than a lifetime judicial appointment, those who know Rep. Seabaugh will likely see the silver lining in this development. Alan is a conservative fighter  who continues to stand up to Governor Edwards and company in Baton Rouge, we are lucky to have him continue his service in the legislature.

Say it with me, “Speaker Seabaugh”.

Interested in more news from Louisiana? We've got you covered! See More Louisiana News
Previous Article BAYHAM: Whew Dat! Saints Survive To Play Another Day
Next Article Alan Seabaugh Told The Feds To Keep Their Judgeship; What Does It Mean For Louisiana Politics?