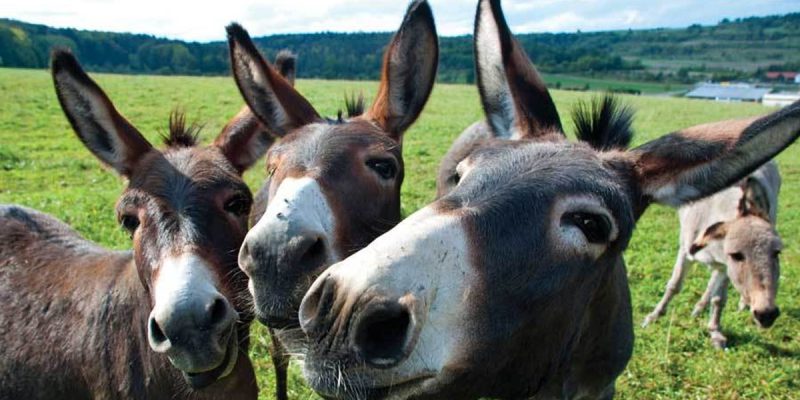 You’ll only get this here, because Louisiana’s mainstream media refuses to report much of anything about this lawsuit in an accurate context.

What’s in the news today is that Landry is taking the position that Louisiana’s public records laws don’t afford the right for out-of-state residents to sue the state’s public officials for noncompliance with records requests, in advance of a trial which is set for a week from today. Here’s the AP’s report on that development…

The Republican attorney general says he can’t be penalized for his slow response in releasing documents to an Indiana woman who has sued him. Landry is asking a state judge to dismiss the lawsuit.

In addition to records, Scarlett Martin of Indianapolis wants financial penalties against Landry for the lengthy time his office took to provide the documents. But Landry says Martin doesn’t have the right to sue under Louisiana public records statutes.

Martin sued Landry in March 2017, saying the attorney general’s office hadn’t provided a long list of records she sought. A trial is set for Jan. 10.

Back when the suit was filed, the Advocate did a haphazard job of reporting what all this was about…

Attorney General Jeff Landry has handed over 6,235 pages of documents to an Indianapolis woman who sued him last month for failing to respond to a public records request for six months.

But the attorney for Scarlett Martin, who filed the suit, said they are still waiting for more documents to satisfy the entirety of the records request and that they intend to pursue civil penalties of close to $20,000 from Landry’s office for taking so long to respond.

The documents delivered last week, according to legal filings summarizing the materials, included records documenting Landry’s travel, contracts awarded for legal services during his tenure, and correspondence between members of his office and oil companies involved in “the exploration and production of hydrocarbons.”

Martin’s Baton Rouge attorney, Chris Whittington, said Monday that his client received the first tranche of the requested records Thursday evening and was still going through them.

He said Martin is a researcher, but he had no information about what she was seeking in her request.

Brent Littlefield, a political consultant for Landry, characterized the suit and records request as a political attack.

“It’s not random that this so-called researcher picked a former chair of the Democratic Party of Louisiana to file a lawsuit against Jeff Landry,” he said. “They won’t be satisfied until they destroy and unseat every conservative in Louisiana and have a complete liberal takeover.”

The Advocate article forgot to mention, other than to quote Littlefield’s recitation of Whittington’s background, who he was. Had Whittington been the state chair of the Louisiana Republican Party and represented a Republican seeking to get records from John Bel Edwards you can bet that would have been the lede of the story rather than for that information to have been buried in a quote at the bottom.

But it’s the meat of this, because Scarlett Martin is a Democrat political operative hired by someone – Littlefield thought it was the Democrat Governor’s Association seeking to dirty Landry up in the event he opted to run against Edwards, but it could just as easily have been the state Democrat Party – to do oppo research. All of these public records requests – 6,000 pages of material, for crying out loud – make this an obvious fishing expedition.

And the fact she lives in Indianapolis, and as it turns out makes $56,500 per year as the administrator of “community and economic development” for the Democrat mayor of that city, is something most people would find fairly peculiar. What business would a public employee in Indianapolis, Indiana whose day job entails giving out grants to organizations dedicated to making tweens feel better about being fat-shamed and putting on town halls for poor people in Southside Indianapolis to gripe about gentrification, have in demanding public records in Louisiana?

A little more research into Scarlett Martin – we’re not talking about a lot of work here; this is stuff we found from less than 10 minutes of Google searches – indicates why. Here’s her bio as a “Community Builder” from a page by some organization promoting Indianapolis’ South Side…

As the Community Builder for the Southside Quality of Life Plan, Scarlett works to engage community stakeholders to envision a collective and achievable plan for conscious development and equitable quality of life standards in the Southside of Indianapolis.

Scarlett previously served as a Fellow for the nonprofit land bank Renew Indianapolis and a writer and social media manager for the House Life Project. She has worked as a community organizer for Gulf Restoration Network, managing an outreach campaign following the Deepwater Horizon Gulf oil spill in New Orleans, Louisiana.

As a graduate student in New Orleans, Scarlett accumulated experience on the application of qualitative, quantitative, and geographic data to explore issues of blight and vacancy in cities, land use planning, and spatial distribution of environmental hazards. She holds an M.A. in Latin American Studies from Tulane University and a B.A. in International Studies and Spanish from the University of Mississippi.

In her free time, Scarlett loves to hike, bike, and explore Indianapolis with her husband and two dogs. Originally from Tennessee and having lived most of her life in the South, the Indianapolis Southside is quickly charming her as a new home. She would love to meet for coffee and tell you all about it.

Got that? A community organizer from Tulane with a research background. That’s how they knew to hire her to go after Landry. And since she was already on a public payroll in a do-nothing government job working for an urban Democrat political machine she’d have time and security to pursue a lawsuit going after him after he’d already turned over 6,000 pages of documents for her fishing expedition.

The fact she’s got Whittington, who is one of the most shameless and morally degenerate political hacks practicing law in Louisiana, running this suit for her is, as Littlefield noted, not a coincidence. It’s a lot more likely Whittington found Martin than the other way around.

But Chris Whittington’s history, which could make a terrific movie nobody would believe was based on a true story, never gets noted by the mainstream media around here. It’s like he’s The Invisible Man.

And for all we know Whittington might win that case against Landry. Being a political hack oppo researcher, or an attorney for one, doesn’t disqualify you from access to public records – though we can’t say being that while living out of state doesn’t; Landry could be right on that score. What amazes us is the lack of curiosity the local media shows in a case like this – because if the roles were reversed we all know it’d be front-page news what political shenanigans the Republicans were up to.