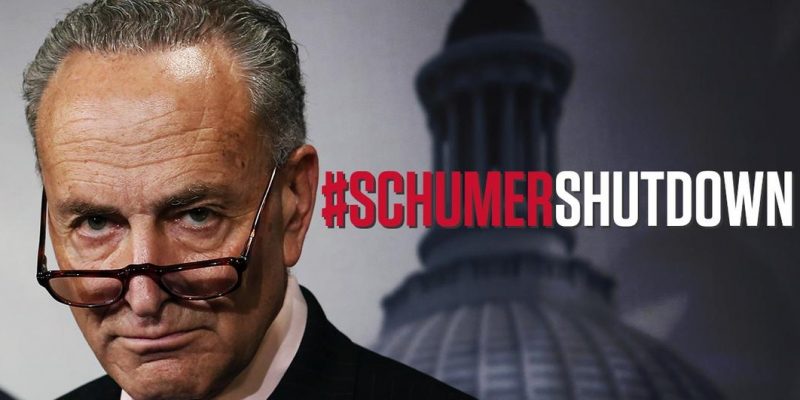 President Trump this morning slammed Democrats for vacationing in Puerto Rico during the government shutdown.

Trump told reporters, “I’ve been here all weekend. A lot of the Democrats were in Puerto Rico celebrating something, maybe they were celebrating the shutdown.”

He was referring to the roughly 30 Democrat lawmakers along with dozens of lobbyists who spent their weekend in San Juan, Puerto Rico.

The retreat included briefings on Hurricane Maria recovery efforts and a special performance of the broadway hit “Hamilton”.

President Trump has cancelled his plans for Christmas and New Years during the government shutdown in which thousands of federal employees are going without pay.

The 24-day shutdown marks the longest in modern American history amid a stalemate between the two political parties over $5.7 billion in funding for a border wall with Mexico, one of Trump’s final unfulfilled campaign promises.

Just this morning before traveling to New Orleans, the President rejected an offer extended by Senator Lindsey Graham (R-SC) to temporarily re-open the government while negotiations continue saying, “I’m not interested. I want to get it solved. I don’t want to just delay it. I’m not looking to call a national emergency. This is so simple we shouldn’t have to.””

Several alternative solutions have come to surface including:

What once seemed to be an imminent decision for a emergency proclamation, now seems to be a last resort due to expected legal challenges that could greatly delay the project.

Senator Lindsey Graham favors a declaration and said the time for talk is running out.

“It’s the last option, not the first option, but we’re pretty close to that being the only option.”

Interested in more national news? We've got you covered! See More National News
Previous Article Alan Seabaugh Told The Feds To Keep Their Judgeship; What Does It Mean For Louisiana Politics?
Next Article You Are Now More Likely To Die From Opioids Than Driving