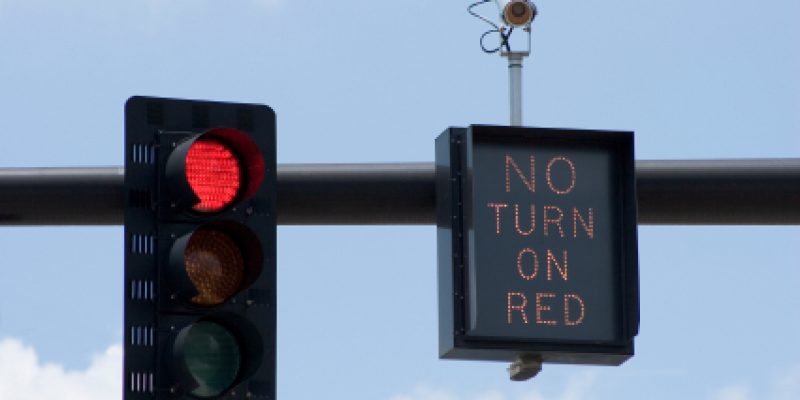 The stated purpose of the red light camera programs is to reduce the number of accidents by specifically targeting drivers who run red lights.

This includes statewide work zone programs in Illinois, Maryland and Oregon. These numbers are down from 2010-2017 when more than 438 U.S. municipalities, including 36 of the 50 most populous cities, implemented electronic monitoring programs, the institute reports.

One city they evaluated was Houston, which operated an extensive camera program at 66 intersections between 2006 and 2010. The program was ended by a voter referendum in 2010.

Gallagher and Fisher accessed detailed accident information on every traffic accident over a specific time period before and after the cameras were installed. They found that when the cameras were removed, angle accidents increased by 26 percent, but all other types of accidents decreased by 18 percent.

“Our study showed no evidence that cameras reduce the total number of accidents,” the authors write. “There’s no evidence that the camera program reduced the number of traffic-related injuries or the likelihood of incurring an incapacitating injury.”

“Electronic monitoring is not the solution,” they conclude.