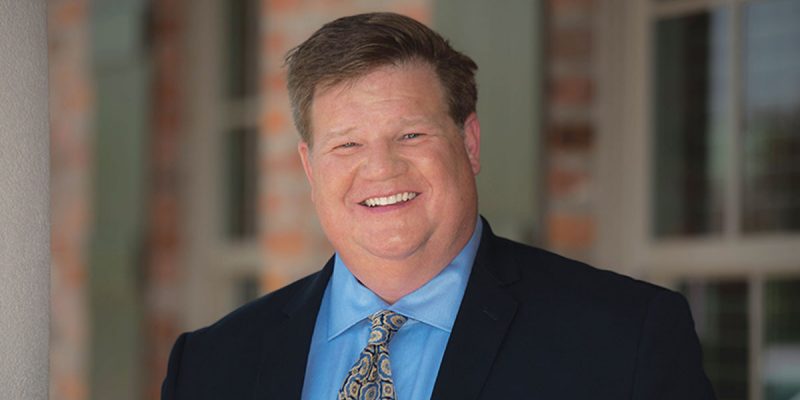 Stephen Holliday was convicted of domestic abuse in 2015 (see below).  Nevertheless, Gov. Edwards has, for a SECOND time in his first term,  awarded him a lucrative Executive Position within his Administration.

Since January 2018, Holliday has served as the Commercial Trucking Director of the “Office of Multimodal Commerce.”  With the exception of possibly driving a truck drunk (see below), Holliday has no prior experience related to commercial trucking.

The office he “oversees” is yet another layer of bureaucracy within DOTD.  The Office was created  via Act 719 of the 2014 Louisiana Legislature.

Ironically, in creating this new Division, the author of the legislation, State Sen. Norby Chabert, R-Houma, stated that his legislation would “help the state capitalize on potential business opportunities.”

The Hayride’s Scott McKay had an interesting encounter with Chabert on Monday, May 22, 2017, and McKay has characterized Chabert as “another nail in the coffin” of political conservatism at the State Capitol.

Given Edwards’ hiring of Holliday, it sure as heck looks to us like, contrary to Chabert’s statement that the newly-formed bureaucracy would “help the state capitalize on potential business opportunities,” what it’s serving as is a mechanism for governors like John Bel Edwards to use as slush funds for pure rank pork to engage in political cronyism .

For example and hypothetically, let’s just suppose for a moment that Baton Rouge attorney Ted Jones, who is known to have played a significant financial role in Edwards’ 2015 election to become Governor, were to lean upon Edwards to help Holliday out (they’re believed to have close family ties), could that explain Edwards’ apparent ease with which he abandoned his much-touted West Point Honor Code and thereafter hired a convicted domestic abuser?  Heck, if Jones or any other attorney hypothetically leaned on Edwards to hire Holliday, if he’s such a great cracker jack attorney, why didn’t any such leaner (Jones or otherwise) step up to the plate and hire him at their own firm(s) rather than dumping him off as a deadhead to the taxpayers of Louisiana?

If someone did “lean” on Gov. Edwards for the taxpayers to provide Holliday with a deadhead job (and sources tell us that such a “leaning” on Edwards  most assuredly transpired), then it sure looks to us like Chabert’s legislation has allowed someone who could never hold down a job in the private sector with his despicable conduct (see below), to enable the “good ole Louisiana State Government Tit” to be there to supply plenty of taxpayer milk!  Perhaps that explains why historically only 11% of Louisiana gas taxes have gone to actual highway, road, and bridge construction and repair  or why, Alan Seabaugh (R-Shreveport), who is seeking to be Louisiana’s next Speaker of the House, was not at all off base when he called for whopping off about 3,000 heads at DOTD!

Now, as we’ve mentioned, Edwards hired Holliday not once, but twice!  Holliday was first hired by Edwards in 2016 as an Executive Management Officer for the Department of Wildlife and Fisheries (LDWF).  Sources have stated that Holliday’s resignation from LDWF came as a result of former LDWF Secretary Charlie Melancon becoming aware of the domestic abuse conviction.  Melancon felt compelled to seek Holliday’s resignation as a result of Melancon’s own exploitation during his 2010 campaign for U. S. Senator, at which time he hammered Vitter over an aide having engaged in domestic abuse.   Apparently, Melancon felt a need to be consistent in his strong stand against domestic abusers whereas Edwards, as evidenced by him hiring Holliday at the Office of Multimodal Commerce, WHEN HE KNEW DARN WELL HOLLIDAY HAD COMMITTED DOMESTIC ABUSE, can conveniently let his “Honor Code” phase in and out.

Also, as we’ve already stated before, and as relayed in this Times Picayune article, Edwards was obviously oblivious to Johnny Anderson’s past history at Southern University, which was readily available to Edwards and included sexual harassment claims by nine (9) women!

Will the many women who were justifiably outraged at Vitter having such a person on his staff, particularly the female “Republicans for John Bel Edwards” have the same outrage with Edwards over his hiring of Holliday, not once, but TWICE?  Will they demand Holliday’s immediate resignation?  For that matter, will the mainstream media even bother with reporting on Edwards’ hypocrisy regarding hiring a domestic abuser, or does the mainstream media view that only as a sin for Vitter?

So, we have a pretty simple question at this point:  Is THIS the type of “Honor Code” voters, particularly those “Republicans for John Bel Edwards” signed up for when they supported him to be a Governor who would “not lie, cheat, steal nor tolerate those who do?”  We’ll see if there are any thoughts from those Republicans on how all that is working out, particularly women who may be offended at his efforts to provide for a convicted domestic abuser by awarding him such lucrative positions within his Administration.

Support Links for this Feature (together with other findings of the Office of Disciplinary Counsel such as Holliday driving around intoxicated with a minor child in the passenger seat, bashing in his ex-wife’s boyfriend’s truck WHILE HOLDING HIS CHILD IN THE OTHER HAND, falsely stating (i.e. lying) that a Gold Club stripper was driving his vehicle after he fled from police after another traffic stop, etc. — in other words, just the type person to fit the bill for Edwards’ commitment to “not tolerate those who lie, cheat or steal.”):