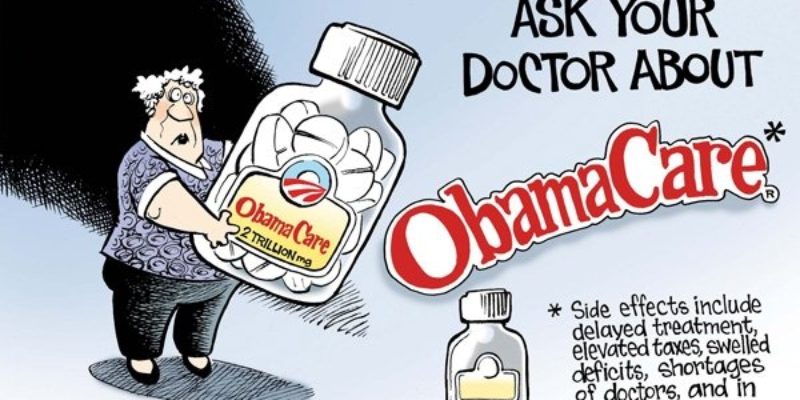 Several years ago, Senator Cassidy and House Republican Whip Scalise fought and voted against Obamacare for many reasons, key among which was the act’s creation of a maze of new taxes on health insurance to pay for its various implementation costs and new entitlements. One of the most problematic of these taxes, often referred to as the Health Insurance Tax or HIT, imposes a fee on insurance premiums collected for Medicare Advantage, individual plans, and small and large group plans, among others. Insurers don’t eat this tax – they pass it on to employees and seniors in the form of higher premiums. Even worse, the cost of this tax isn’t deductible for the insurer, so the premium increase needed to fund the HIT payment is itself taxed at the corporate rate, leading the insurer to push even more cost down to the consumer.

The HIT was a misguided attempt to balance Obamacare’s books on the backs of our seniors and our workforce and I applaud and support our federal delegation’s work to protect Louisianans from its taxing effects. Unfortunately, the most recent, one-year suspension President Trump and the Republican Congress passed ends in December.

The HIT is not only a burden to all who pay the price, it also distorts our state’s employment market by disadvantaging small employers. Because the HIT is charged on premiums collected by small group insurers but not on self-funded health benefits – a market typically available only to larger employers – the tax makes it difficult for small business owners to offer health benefits at a price competitive with their larger counterparts. This further upsets the already precarious position of our local business owners in acquiring and retaining talented employees. A recent study found that small business owners will face an annual premium increase of almost $500 per employee family if the HIT returns in 2020. This represents a competitive disadvantage of tens of thousands of dollars per year for our local businesses.

Increased premiums also threaten our most vulnerable populations. The more expensive health insurance becomes, the more people will be forced to “do without.” This holds especially true in the individual market, which serves families that buy their own health plan because they don’t receive coverage from another source, like an employer.

Money doesn’t grow on the bayou’s cypress trees, so local companies will need to make budget accommodations. As employers’ health benefit costs have grown, wage stagnation, declining bonuses, and trimming of benefits have clearly followed. Ballooning health benefit costs aren’t limited to increased premiums – the effects ripple out into the broader economy, threatening to undo the recent success in our jobs market and reducing funds available for our other needs and priorities.

Although the HIT tax will not take effect until 2020, there is no time to wait for a solution. Insurers go through an extensive process to determine and obtain approval for their annual rates, and it’s already well underway. Thankfully Senator Cassidy and Whip Scalise are working on a HIT tax suspension.

Paying the HIT tax buys Louisianans absolutely nothing. To the contrary, it skews our health insurance market, harms the companies that fuel our economy, and gives working families one more challenge to overcome, which is why we should strongly support Senator Bill Cassidy and Whip Steve Scalise in their effort to keep the Obamacare HIT Tax off the backs of Louisianans.

Interested in more national news? We've got you covered! See More National News
Previous Article NFIB report says raising federal minimum wage would eliminate more than one million jobs
Next Article The Depressing Story Of Dr. Kevin Work, And What It Says About Our “Pro-Life” Governor