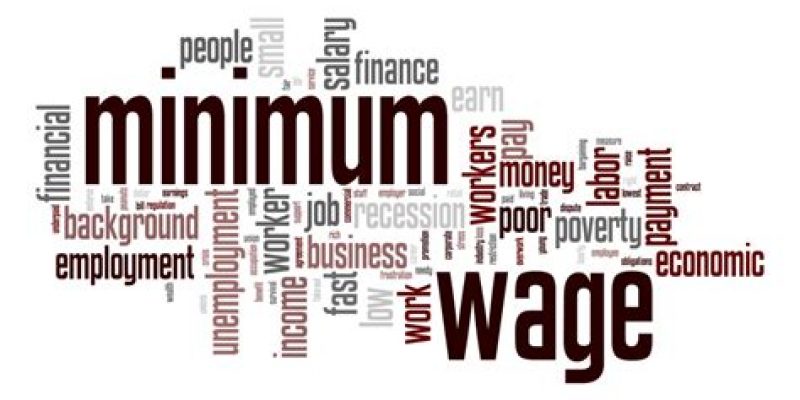 According to a new study produced by the National Federation of Independent Business (NFIB), a bill proposed by Democrats to double the federal minimum wage over a period of six years would result in “massive job losses, lost production, and income reduction on a national scale.”

Economists at universities, several Federal Reserve Banks, and the Heritage Foundation also say the minimum wage has statistically not helped low-income families get out of poverty. And policy decisions made by various states, including raising the minimum wage, have resulted in job losses, and more notably, population losses.

The idea to increase the federal minimum wage is not new, FNIB and the Heritage Foundation, note. Vermont Sen. Bernie Sanders and former Sen. Dick Durbin, D-IL, proposed earlier versions. The most recent proposal, the Raise the Wage Act (H.R. 582 and S. 150), would more than double the federal minimum wage of $7.25 per hour incrementally over six years to reach $15 per hour by 2024. One stipulation says Congress could also increase the amount further depending upon the rate of inflation.

If the bill were implemented, economists at NFIB say it would have catastrophic effects, directly reducing “private sector employment by over 1.6 million jobs and produce a cumulative U.S. real output loss of more than $2 trillion.”

The authors of the report, “Economic Effects of Enacting the Raise the Wage Act on Small Businesses and the U.S. Economy,” Michael J. Chow and Paul S. Bettencourt, estimate its impact would create a cumulative real GDP loss exceeding $980 billion over 10 years. Americans would also have $103 billion less in disposable personal income by 2029, they add.

Chow and Bettencourt used the Business Size Insight Module (BSIM) based on the widely used Regional Economic Models, Inc. (REMI). Production figures were based on billions of 2015 dollars.

Doubling the minimum wage to $15 per hour would impact the cost of labor of this group of workers by approximately 107 percent, NFIB states.

NFIB emphasizes that small businesses would suffer the most, and disproportionately compared to other businesses because small employers are less likely to have cash reserves or profit margins to absorb the increase in labor costs than larger businesses. As a result, more than 1.6 million jobs would be gone by 2029 – more than half of them would be private sector small business jobs, according to the report.

“While low-wage workers able to find or retain a job would benefit from the proposed legislation, such gains come at the expense of a very large number of low-wage workers who would lose their jobs due to businesses unable to absorb the costs of a higher minimum wage, resulting in net negative employment and output effects,” the authors maintain.

And the minimum wage bill would not improve the economic situation of this group of low-wage workers, other economists have argued for more than a decade.

In 2005, economists David Neumark of the University of California-Irvine, Mark Schweitzer of the Federal Reserve Bank of Cleveland, and William Wascher of the Federal Reserve Board examined the effects of the minimum wage on the incomes of the families living near the poverty line. In a series of papers, they reported that a higher minimum wage did not move these families out of poverty.

Ten years later, their findings had not changed. Writing for the Federal Reserve Bank of San Francisco in 2015, Neumark explained, “Setting a higher minimum wage seems like a natural way to help lift families out of poverty. However, minimum wages target individual workers with low wages, rather than families with low incomes. As a result, a large share of the higher income from minimum wages flows to higher-income families. Other policies that directly address low family income, such as the earned income tax credit, are more effective at reducing poverty.”

Eventually, the federal minimum wage would surpass or equal all existing state minimum wages by the end of NFIB’s forecast window, “resulting in increased wage costs for employers in virtually all states,” Chow and Bettencourt add.