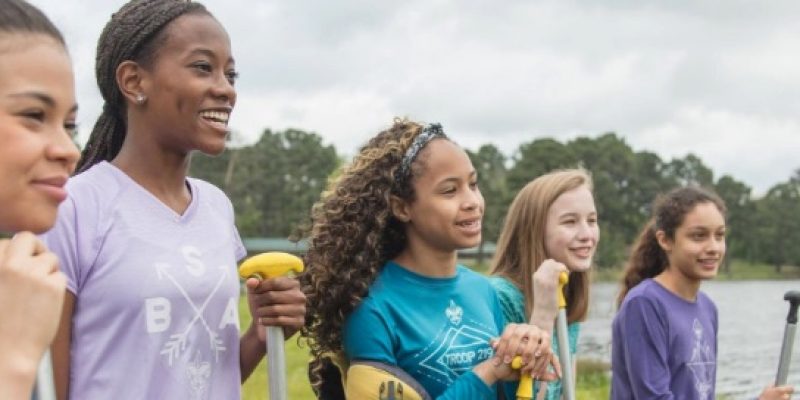 As of February 1 the Boy Scouts of America is no longer a civics organization just for boys. It announced it’s now accepting girls, which most likely also means boys identifying as girls.

“For the first time in its 100+ year history, the iconic program of the Boy Scouts of America is open to both young men and young women,” the website states with a photo of girls.

“Scouts BSA is a year-round program for boys and girls in fifth grade through high school that provides fun, adventure, learning, challenge, and responsibility to help them become the best version of themselves,” the website states.

Scout Mission: The mission of the Boy Scouts of America is to prepare young people to make ethical and moral choices over their lifetimes by instilling in them the values of the Scout Oath and Scout Law.

“Younger girls have been able to join Cub Scouts for nearly a year, and more than 77,000 joined. Now, older girls 11-17 have a path to earn the organization’s highest rank,” National Public Radio (NPR) reports.

The website states that the programs for teens and young adults are “coed” and most of the programs are segregated.

“The new older girls’ troop will be modeled on the boys’, combining the two groups for things like opening pledges and announcements. But the majority of activities and outings will be separate,” NPR reports.

Why did the organization decide to make Boy Scouts available to girls? BSA answers: because of input it received from its member families. Because families are busier than ever, most are dual-earners, there are more single-parent households than in previous decades, and to help lower-income families. The site states,

“Many underserved communities, including fastest-growing Hispanic and Asian communities, prefer to participate in activities as a family.

“And, all families have less free time. More than one-third of parents feel they spend too little free time with their kids, and millennial parents are desperate to spend more time interacting with their kids.

“The BSA believes we owe it to families to structure our program offerings in a way that fits into their busy lives to deliver character development and values-based leadership training that Scouting promises.”

Interested in more national news? We've got you covered! See More National News
Previous Article BAYHAM: The NFL Clown Show Sputters While Nola Struts
Next Article One of the best Super Bowl ads of all time: We build it [video]