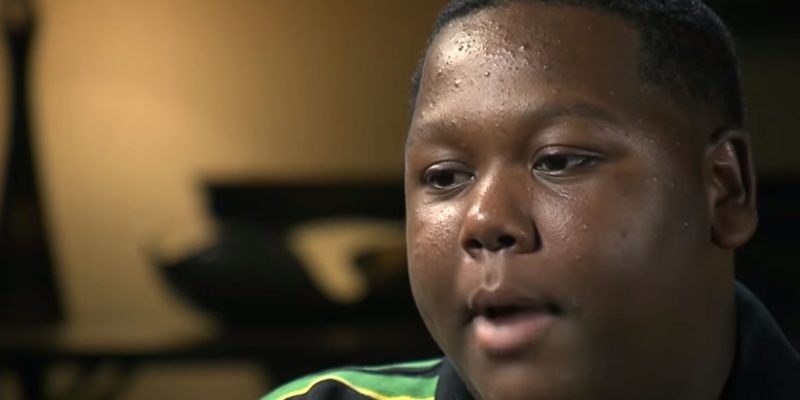 We’re not sure what to make of this news, the latest in the saga of the Alton Sterling clan we’d just rather never hear about again…

According to a judge the son of Alton Sterling, the man killed by a former officer with the Baton Rouge Police Department, is not competent to stand trial on a charge of first-degree rape.

One of Cameron’s attorneys said doctors believe his competency can be restored. Johnson ordered the suspect to be transferred from the East Baton Rouge Parish Prison to a state mental facility in Jackson for treatment. His progress will be reviewed in August.

Our readers will remember that the rape Cameron Sterling is accused of involved an 8-year old boy who was entrusted to his care as a babysitter.

Cameron Sterling is accused of taking the child into a bedroom, locking the door and then raping the child, according to his arrest warrant.

The mother of the 8-year-old asked Cameron Sterling what had occurred, but the 18-year-old denied anything happened, the warrant says. However, he told her that he had some type of episode at the time, according to the warrant.

Sterling was booked into Parish Prison on a count of first-degree rape.

None of which invalidates the possibility that he might be too insane to stand trial. Raping an eight year old boy is an insane thing to do.

But one wonders whether maybe there isn’t some sense among the judicial community in Baton Rouge, or at least part of it, that matters Sterling at this point are just too damned embarrassing to continue to make their way into the public light. And rather than have a public rape trial for Cameron Sterling which dredges up all the unpleasant and inconvenient truths about Cameron’s father Alton, who was sold as a gentle giant with a heart of gold mercilessly shot down by Baton Rouge police officers when in fact he was a career criminal shot while struggling with a cop and going for a gun in his pocket he’d just brandished at someone while making threats, maybe it’s best to just shut Cameron up in a nuthouse and be done with the whole thing.

We’ll see. But we won’t see anything until August, and that might have been the point of Judge Johnson’s order. This can has been successfully kicked down the road.