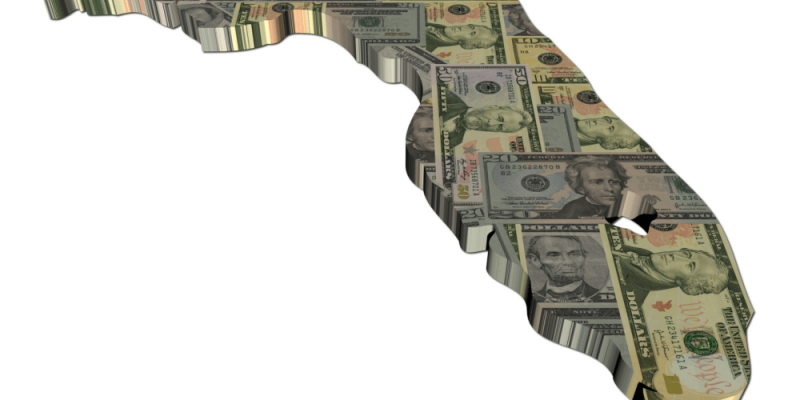 According to a new report produced by the libertarian think tank the Reason Foundation, the largest metropolitan areas in Florida are the most economically free and four are in the top 10.

The annual U.S. Metropolitan Area Economic Freedom Index ranks 382 metropolitan statistical areas (MSA) according to the level of their economic freedom. The Index ranks 52 of the most populous cities with a 2012 population of one million or higher and 330 MSAs with populations of less than one million.

Of the 52 most populous MSAs in the U.S., four of the top ten most economically free in Florida are: Jacksonville (2nd), Tampa-St. Petersburg-Clearwater (3rd), Miami-Fort Lauderdale-West Palm Beach (7th), and Orlando-Kissimmee-Sanford (10th).

“Living in one of the least-free areas amounts to taking an 11 percent pay cut compared to living in one of the most-free areas,” the author of the report, Dean Stansel, research associate professor at the O’Neil Center for Global Markets and Freedom in the Cox School of Business at Southern Methodist University, told Watchdog.org.

“The economic freedom index measures the extent to which areas minimize interventions in the economy (such as excessive levels of taxes, government spending, and labor market restrictions) that make it harder for businesses and workers to succeed,” Stansel added. “Compared to other areas, state and local governments in Florida maintain policies that minimize those interventions, thereby creating greater economic opportunity for all.”

The Index measures three areas of economic freedom: government spending, taxation policy, and labor data, within which exist three variables each. Of the nine variables, the Index converted the raw data to be ranked according to a zero to 10 score with 10 representing the most economic freedom and zero representing lowest.

Not having a state income tax is one large advantage Florida’s metro areas have, Stansel notes, “but that alone is not enough.” He points to Washington and Nevada, which also have no state income tax, but their largest cities, Seattle and Las Vegas, rank 32nd and 36th, respectively.

Florida’s largest MSAs rank in the top ten because its other state and local taxes are kept low enough “to enable those areas to keep government spending relatively low as well,” Stansel said. “Florida’s metro areas also do much better in minimizing restrictions on labor markets such as high minimum wages.”

Jared Meyer, Senior Research Fellow at the Foundation for Government Accountability, agrees. He told Watchdog.org, “A prosperous local economy starts with pro-growth state policies. One reason why Florida cities rank so high in this report is that the state legislature has streamlined or cut local regulations through preemption laws. This ensures that local governments cannot regulate Floridians out of work.”

Meyer adds that because of Gov. Ron DeSantis’ pledge to follow predecessor Rick Scott’s deregulation efforts, he “expects to see Florida cities ranking at the top of this report for years to come.”

The Index is an outworking of the Economic Freedom of the World report, which was the first analysis of the nation’s economic freedom produced by Nobel Laureate economists Milton Friedman, Gary Becker, and Douglas North, among others.