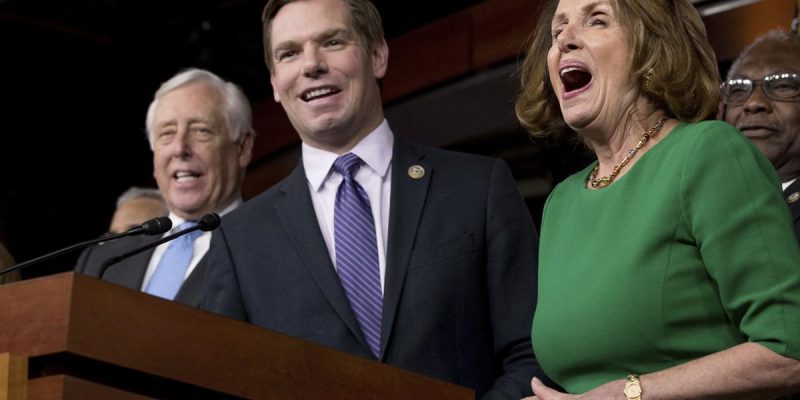 Speaker Nancy Pelosi and Democrats in the US House of Representatives are renewing their push to pass new gun control measures after gaining back the majority late last year.

H.R. 1112 AKA the “Enhanced Background Checks Act of 2019” was introduced two weeks ago by House Majority Whip Jim Clyburn (D-SC). While the bill currently has just two co-sponsors, one of them is a Republican, Rep. Peter King of New York, and the author is the second most powerful Democrat in the House.

H.R. 1296 AKA “The Assault Weapons Ban of 2019” was introduced last week by Rep. David Cicilline (D-RI) and boasts an impressive 190 co-sponsors, all of them being Democrats.

According to Congress.gov, the bill’s purpose is as follows:

“To regulate assault weapons, to ensure that the right to keep and bear arms is not unlimited, and for other purposes.”

If passed, the bill would prohibit the production, import, purchases, and transfers of more than 200 firearms including the wildly popular AR-15 and AK-47 rifles. The bill’s broad ramifications could include restrictions similar to California’s 10+ round magazine ban.

U.S. Senator Dianne Feinstein (D-CA) has become the leading anti-gun voice in the Senate and has introduced a sister-bill that includes a national ban on adjustable stocks. The bill currently has 28 co-sponsors which does not include a single Republican.

Make no mistake, the liberal Democrats want and demand a full ban on all semi-automatic weapons. Doing so, of course, would set law-abiding citizens back to the “stone age” while criminals and black market weapons could terrorize an outgunned populace more than ever.

The Judiciary Committee in each chamber will have the final say before the bills proceed to the floor for a full vote. Speaker Pelosi has reportedly put at least one of the bills on her calendar.