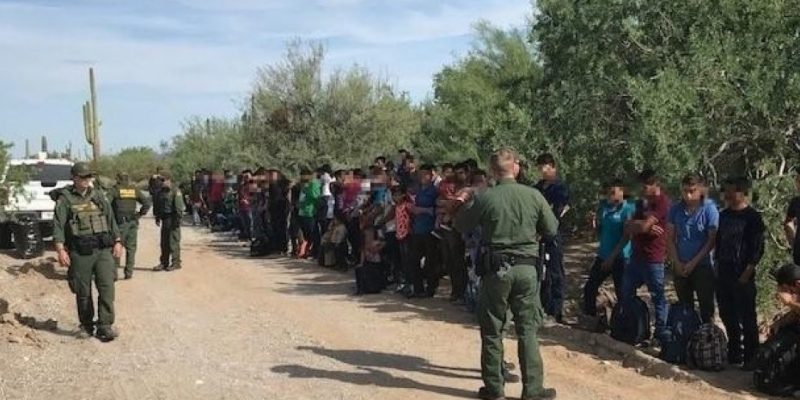 Coahuila state Gov. Miguel Angel Riquelme said about 1,700 migrants arrived late Monday via 49 buses from the cities of Saltillo and Arteaga. The caravan was escorted by Mexican soldiers and police– in other words a coordinated, militarized invasion.

The “poor” migrants were given sleeping mats, blankets, food and wireless access.

Child welfare officials reported there 46 unaccompanied youths aged between 15 and 17 in the caravan.

The region where they are encamped has been controlled by the now-fragmented Zetas cartel, the Associated Press reports.

Eagle Pass is along the Rio Grande area that has no border wall and nearly zero border security, although President Trump sent more U.S. troops to the border.

“Approximately 2,000 aliens have arrived in northern Mexico as part of a ‘caravan’ seeking to cross the border into Texas. Illegal entry will not be tolerated and we stand ready to prevent it,” DHS Secretary Kirstjen M. Nielsen wrote in a statement Tuesday, adding “DHS will take all steps to ensure the safety and security of law enforcement personnel on the frontlines.”

A U.N. refugee agency said Mexico had received 12,574 requests for humanitarian visas from Jan. 17-29, from migrants originating from Honduras, Guatemala and El Salvador. Of the 1,000 migrants interviewed, almost 30 percent said they wanted to reach the United States; 46 percent said they might stay in Mexico. Nearly one third were minors.