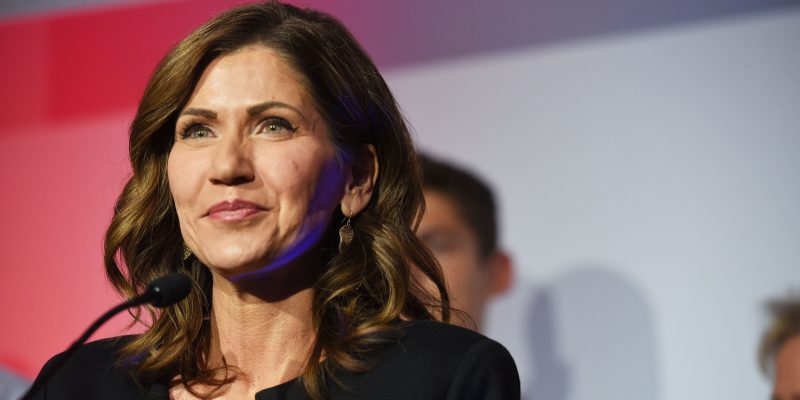 Starting off her first term “with a bang”, the newly elected Governor of South Dakota, Kristi Noem, signed the Constitutional Carry Bill into law this week.

Gov. Noem said, “It’s special for me to be signing a bill into law that protects our Second Amendment rights… I believe this legislation will further protect the Seconds Amendment rights of the citizens of South Dakota and this country.”

Gov. Noem provided a statement to reporters on the new law:

“It will keep our permit system in place and allow reciprocity in other states but for those in the state that choose to carry a weapon for self defense will no longer have to worry about how they choose to do so.”

Beginning on July 1, the law will allow law abiding citizens to carry concealed handguns without a permit in South Dakota.

The NRA released the following statement Thursday, praising the move:

“The law is a common sense measure that allows law-abiding South Dakotans to exercise their fundamental right to self-protection in the manner that best suits their needs.”

From a conservative perspective, it is a bold step in the right direction. In most states, citizens wishing to exercise their second amendment rights must undergo hour-long classes and spend hundred of dollars.

Be aware, you still need a Concealed Handgun License to carry across state lines. All but a few very liberal states have handgun reciprocity laws that recognize your state’s permit.

Louisiana remains an open carry state as does Texas. The biggest difference is that it is illegal to have a concealed handgun without a license.

The Mount Rushmore State joins follows more than a dozen other states that have codified some level of constitutional carry into law including: