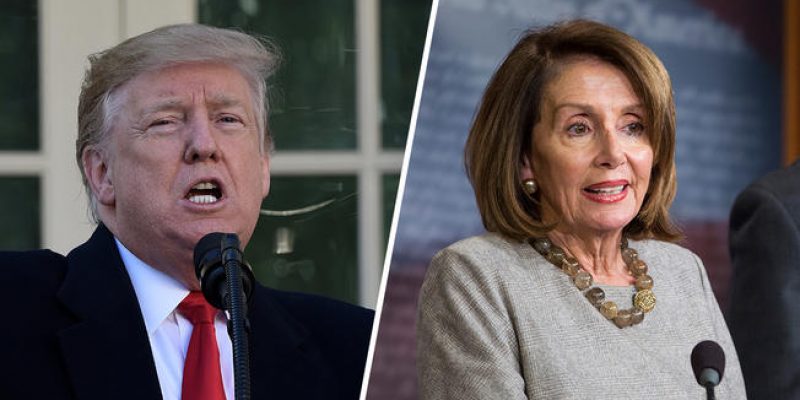 House Speaker Nancy Pelosi is more unpopular than President Trump according to a new poll by NBC/WSJ.

Overall, the Democrat leader trails Trump with a 19-point gap between her positives negatives to his 12-percent gap.

While neither of the American leaders should be enthused with these numbers, it does provide some insight on who may have fared better in the court of public opinion during the shutdown.

President Trump’s approval rating remains steady around 40% with some polling showing a slight loss during the shutdown.

The biggest takeaway is that the data does not show the President losing much support while it does show that something is not going right for Democrats.

With nearly a dozen Democrats announcing 2020 presidential campaigns, President Trump is taking victory laps on tax cuts, jobs, economic growth, and foreign policy. “45” is not yet giving up on wall funding with another showdown expected after the State of the Union Address later this week.

Other interesting data from the poll:

Interested in more national news? We've got you covered! See More National News
Previous Article Senator Rand Paul Awarded $580,000 In Assault Lawsuit
Next Article Together Baton Rouge’s Head Commissar Is Moving On, But It’s Not The Victory We’d Like To Claim