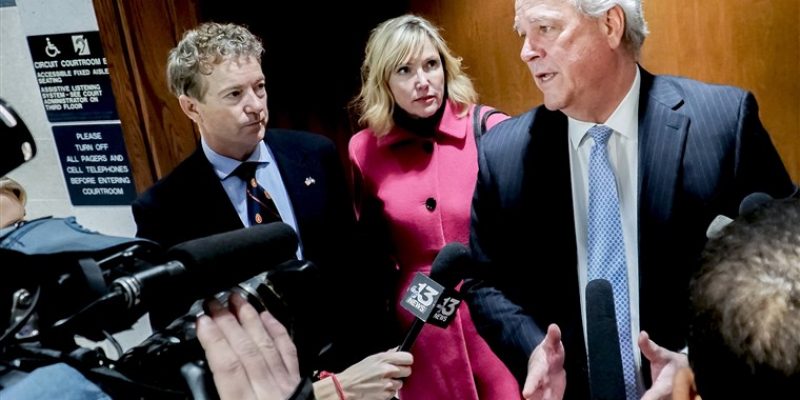 U.S. Senator Rand Paul (R-KY) on Wednesday was awarded $580,000 in total damages by a Kentucky jury after 6 hours of deliberation.

The lawsuit stemmed from a 2017 assault in which Dr. Paul’s neighbor, Rene Boucher, tackled him in his lawn and kicked him repeatedly, breaking six of his ribs.

During the trial, Dr. Rand Paul testified that he feared for his life during the attack:

“At this point, I thought, ‘I can’t breathe. … If I do nothing, this may be the last breath I ever take, because whoever is doing this isn’t stopping.’ And I really thought if I got another blow to my back, I wasn’t going to survive. And so really I did think I could die at that point. The thought crossed my mind that I may never get up from this lawn again.”

The civil trial follows last year’s criminal trial in which Boucher pled guilty to assaulting a member of Congress and was sentenced to 30 days in jail with 1 year of correctional supervision.

The incident is not believed to be political motivated and instead began over a disagreement on lawn etiquette.

Sen. Paul tweeted that the case was “about all of us”,

This lawsuit wasn’t about me. It was about all of us and what we find acceptable as a society. We need to send a clear message that violence is not the answer – anytime, anywhere.

We can hold different views, whether it’s politics, religion or day to day matters.

Dr. Rand Paul is a practicing opthemalogist and two-term U. S. Senator. He is the son of retired Congressman and Presidential candidate Dr. Ron Paul.