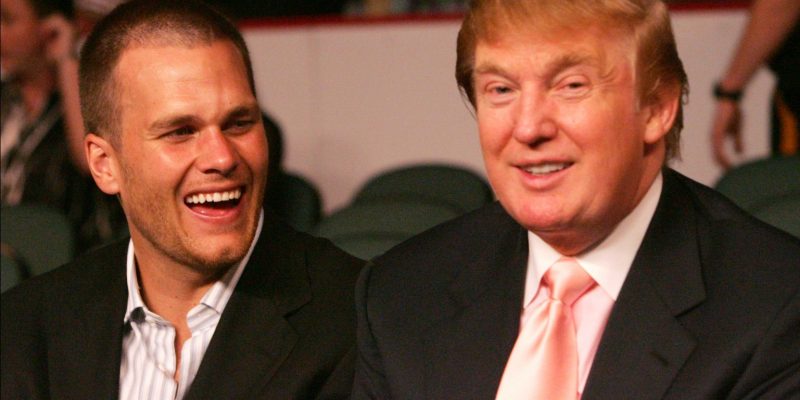 What is not as well known is Trump’s support for the New England Patriots.

“They have a very special owner and coach, and certainly they have, I guess, the greatest quarterback of all time,” President Trump said in a Sunday interview with CBS “Face the Nation”.

He added, “A team needs chemistry. They certainly have it. So I think they’ll do well. So I would say they would win. As the expression goes, who knows. I hope it’s a great game.”

Evidently the President is pretty close with the Patriots’ team owner, coach and future Hall of Fame quarterback. All three expressed their support in 2016 for then-candidate Trump.

Patriots owner Robert Kraft recently said that he knows the President is “working very hard to serve the best interests of the country.”

During the Sunday interview on CBS, President Trump was asked for his final thoughts on the special event to which he replied, “The Patriots were here two years ago, and I’m sure they’ll be back.”

If the Patriots win, it will not be their first time visiting the Trump White House. They were actually the first team to be invited after winning Super Bowl XLI in 2017.

“Tom Brady is a great friend of mine. He’s a winner and he likes winners.” -President Donald J. Trump

Last year, the Philadelphia Eagles were disinvited by President Trump after several players announced they would not attend.

In a personal gesture, Coach Belicheck actually penned a supportive letter to “45” the day before the 2016 election:

“Congratulations on a tremendous campaign. You have dealt with an unbelievable slanted and negative media, and have come out beautifully – beautifully. You’ve proved to be the ultimate competitor and fighter. Your leadership is amazing. I have always had tremendous respect for you, but the toughness and perseverance you have displayed over the past year is remarkable. Hopefully tomorrow’s election results will give the opportunity to make America great again. Best wishes for great results tomorrow.