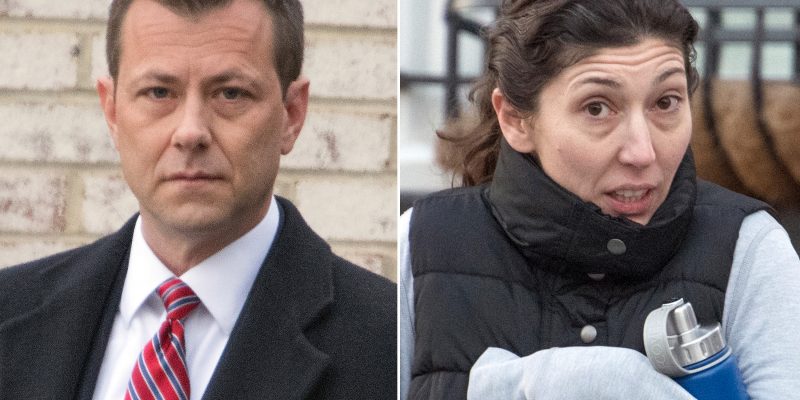 According to newly released transcripts from former FBI lawyer Lisa Page’s congressional testimony, the Obama-era Department of Justice instructed the FBI not to prosecute Hillary Clinton during the investigation into her conduct relating to her private email server.

The news surfaced after Congressman John Ratcliffe (R-TX) posted a portion of a newly publicized transcript on Twitter with the caption:

“Lisa Page confirmed to me under oath that the FBI was ordered by the Obama DOJ not to consider charging Hillary Clinton for gross negligence in the handling of classified information.”

“Okay, so let me if I can, I know I’m testing your memory, but when you say advice you got from the Department, you’re making it sound like it was the Department that told you: You’re not going to charge gross negligence because we’re the prosecutors and we’re telling you we’re not going to –”

Ms. Page: “That is correct — bring a case based on that.”

An additional tweet and transcript reveals a text exchange in which Peter Strzok, who was in a romantic relationship with Ms. Page, appears indignant that they had found no evidence of Russian collusion with the Trump campaign:

“Okay, so that same day in the consideration of this, he texts you and says: “You and I both know the odds are nothing. If I thought it was likely, I’d be there, no question. I hesitate, in part, because of my gut sense and concern there’s no big there there.” What’s he talking about?”

“So I think this represents that even as far as May of 2017, we still couldn’t answer the question — sorry. Can I consult with counsel? I’m sorry, I need to consult with FBI counsel for a moment.”

“The newly released transcripts of my interview with Lisa Page indicate that Peter Strzok had no evidence of collusion between the Trump campaign and Russia prior to the launch of the FBI and special counsel investigations into the matter.” – Congressman John Ratcliffe

President Trump reacted to the news in an early morning tweet:

“The just revealed FBI Agent Lisa Page transcripts make the Obama Justice Department look exactly like it was, a broken and corrupt machine. Hopefully, justice will finally be served. Much more to come!”

The duo first came under scrutiny after the following text exchange was uncovered:

Page to Strzok: “[Trump’s] not ever going to become president, right? Right?!”

Interested in more national news? We've got you covered! See More National News
Previous Article Trump’s spending plan would put Medicaid ‘on a budget’
Next Article Edwards Can Do Better Than A Pay Raise If He Wants To Help Teachers