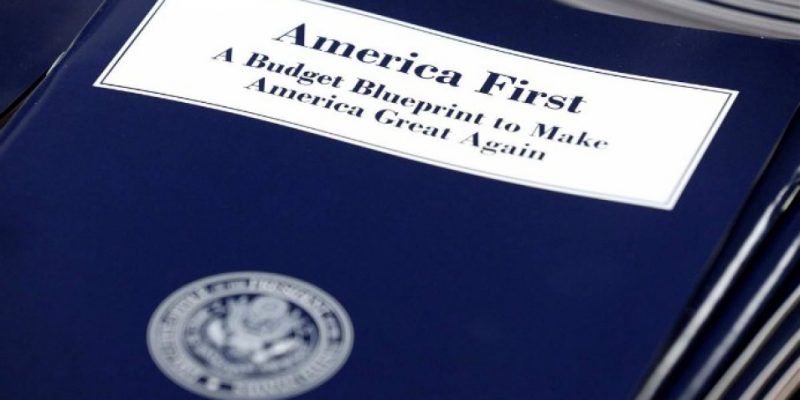 The White House’ 2020 budget proposal calls for significant reforms to promote economic prosperity, including balancing the budget within 10 years and enacting mandatory spending reforms to Medicaid, welfare and disability programs.

“This is, I think, the first time in a long time that an administration has written a budget through the eyes of the people who are actually paying the taxes,” Trump budget chief Mick Mulvaney said.

The plan increases spending on defense, which the CATO Institute describes as “crazy.” But its commitment to reducing overall spending substantially compared to the baseline is beneficial, Chris Edwards at CATO argues.

Trump’s budget plan cuts spending by $4.6 trillion over 10 years, or 9 percent of the $53.5 trillion in projected spending over that same time period.

“Cuts would reduce federal deficits, which have plagued the government since the turn of the century,” Edwards said. “The budget’s spending cuts are being called cruel and heartless, but chronic deficits are imposing huge costs on young Americans down the road, which is totally unethical.”

Conservative groups point out that cuts will spur economic growth and reforms to welfare programs will help move more people from dependency to self-sufficiency. Critics call the proposed cuts draconian and hurt those who need government support the most.

Federal spending on Medicaid has soared from $118 billion in 2000 to $389 billion in 2019. The budget caps payments to states, which is expected to save federal taxpayers $610 billion over 10 years.

The president’s proposal is a start, analysts note, because it puts Medicaid “on a budget,” Robert Moffit, senior fellow at Heritage’s Center for Health Policy Studies, said.

Curtailing Medicaid expenses would be achieved “either through a fixed allotment to the states in the form of a block grant or a per capita cap,” Moffit added. Trump’s budget would give state officials more flexibility in managing the program and better prioritizing how the services are used. The budget also calls for increased Medicaid eligibility checks.

“With no real incentive in place for individuals to leave the program, the welfare system has transformed from a safety net originally intended to serve the truly needy into a trap for able-bodied adults, many of whom report no income,” Kristina Rasmussen, vice president of federal affairs at the Foundation for Government Accountability, said.

Trump’s budget also supports several initiatives that give states and consumers more control over health insurance and allows for more affordability and flexibility. Health care reforms include association health plans and short-term plans that give millions of the uninsured affordable coverage options.

“The Trump administration has outlined a plan to move government out of the way, take down nonsensical barriers to work, and promote a safety net that encourages upward mobility to empower more Americans to win,” Rasmussen added.

Raising some concerns, Romina Boccia, deputy director of the Thomas A. Roe Institute for Economic Policy Studies, said the budget relies on $2 trillion in economic feedback effects for deficit reduction, which she says is “a figure that is highly uncertain. Greater spending cuts would have lent more fiscal credibility.”

Many members of Congress have criticized the plan, “but they are in denial of the large reforms that will need to be made eventually because of the nonstop growth in the big entitlement programs,” Edwards says.

“A restoration of growth will not, however, follow automatically from enacting the president’s agenda,” Salim Furth, research fellow in macroeconomics in Heritage’s Center for Data Analysis, adds. “A lot of other things have to go right as well as policy. So the president’s plan to eliminate the deficit and control the debt should not depend so much on things outside his control. Limiting the growth of entitlement spending would be a more certain path to balance than relying on historical forces.”

Interested in more national news? We've got you covered! See More National News
Previous Article More than 200 Georgia high school students called in to get tested for tuberculosis after a student is diagnosed – the state’s third case in 2 weeks
Next Article BREAKING: Obama DOJ Ordered FBI Stand-Down On Hillary Clinton