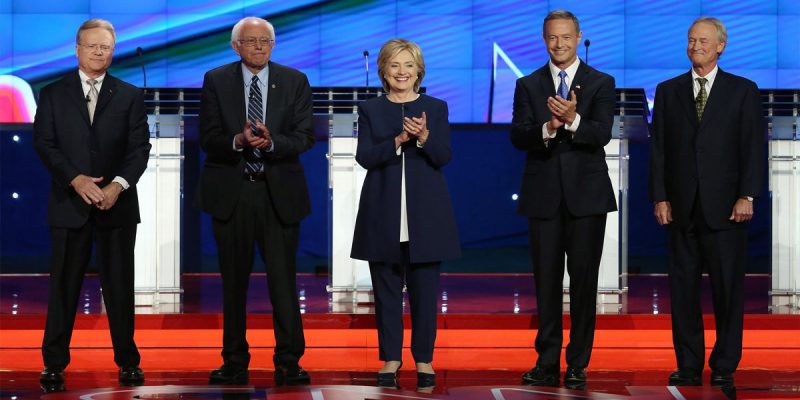 It should come as no surprise that the Democratic Party will not allow Fox News to host a presidential candidate debate for the upcoming 2020 election. According to Democratic National Committee Chairman Tom Perez, “Recent reporting at The New Yorker on the inappropriate relationship between President Trump, his administration and FOX News has led me to conclude that the network is not in a position to host a fair and neutral debate for our candidates. Therefore, FOX News will not serve as a media partner for the 2020 Democratic primary debates.”

It is quite predictable that Perez cited The New Yorker, which is a very liberal magazine, for his decision. In reality, Fox News is only cable network with ideological balance. The network gives plenty of exposure to liberals and Democrats and employs contributors, hosts and reporters who are very critical of President Donald Trump.

On Fox News, their programming schedule is divided between shows that focus on news coverage and those that focus on commentary. The network’s successful prime-time hosts, Tucker Carlson, Sean Hannity and Laura Ingraham, are conservatives who support the President’s agenda. However, the news programs, hosted by Brett Baier, Martha MacCallum and Shannon Bream among many others, are very fair and balanced. In fact, one of the prominent news hosts is Shephard Smith, who is a liberal and a harsh critic of President Trump.

This decision indicates that Democrats are not looking for any fair treatment from the media. They want media cheerleaders who will offer no tough or probing questions. The Democrats want debates, which will feature praise of their party and their candidates and highlight their unhinged criticism of President Trump. Viewers can be sure that the upcoming debates will offer neither a true analysis of Democratic Party policies nor a thorough examination of the disagreements among their candidates.

Democrats will hold 12 presidential debates in this election cycle starting with a debate hosted jointly by NBC/Telemundo/MSNBC in June. In July, CNN will host their first debate and it will be interesting to see if any of their analysts give advance copies of the questions to any of the Democratic presidential candidates. In 2016, CNN analyst, Donna Brazile, tipped off Hillary Clinton with the questions before a debate against Senator Bernie Sanders. This bias should have disqualified CNN from ever hosting another Democratic Party presidential debate, but, of course, since the network spends 24/7 bashing President Trump, they have been forgiven.

Regarding President Trump, the respected watchdog group, Media Research Center, has provided plenty of reports that indicate approximately 95% of his broadcast network news coverage is consistently negative. Former CBS reporter Lara Logan, admitted in a recent interview that at least “85%” of reporters are “registered Democrats” and are “mostly liberal.” Of course, Logan is correct, and this has been the situation for many decades, but it is refreshing to finally have a mainstream reporter admit the truth about the state of the national news media today.

With this overwhelming bias tainting his coverage, President Trump should carefully consider his options before agreeing to any general election debates against his Democratic Party opponent next year. For President Trump, it is better to have no presidential debate than a debate that is stacked against him.

After learning about Perez’s decision, the President tweeted “Democrats just blocked @FoxNews from holding a debate. Good, then I think I’ll do the same thing with the Fake News Networks and the Radical Left Democrats in the General Election debates!” Sadly, in our media environment today, Fox News is the only network that is not completely dominated by “Fake News.” The other cable and broadcast networks offer only liberal bias and a continual display of hatred displayed toward the President.

Since their founding in 1987, the Commission on Presidential Debates has done a very poor job in selecting moderators and reporters. Most of the debates have been marred by an obvious liberal bias. For this upcoming election, it will difficult to find any fair journalists working on any of the networks other than Fox News.

If the Democrats refuse to enter into a debate with a Fox News anchor and the President is insistent that he will not be subjected to “Fake News,” there may not be any moderators that both sides can agree upon. If that happens, there will be no 2020 presidential debates in the general election. This scenario will increase President Trump’s re-election chances even more.