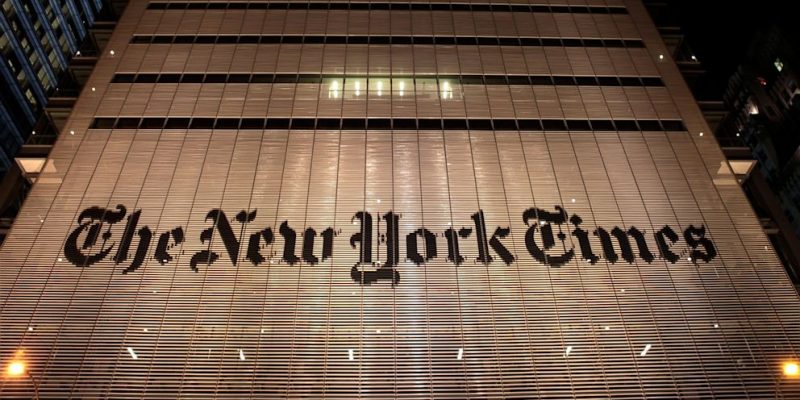 Here are some basic facts about the witch hunt allegedly devised by the Obamas and Clintons to unseat a U.S. president, completely based on false documents.

The media lied to you. Again, again and again.

For two years media outlets pushed fake news about a fake investigation based on a dossier that John McCain and Hillary Clinton allegedly contrived with Fusion GPS to try and take down a sitting U.S. president.

As a result of the lies spread by the media, the Trump administration sent a message to the producers of television stations:

The Trump campaign is sending this memo to TV producers: pic.twitter.com/yhr03LAI7N

Now that President Trump has been vindicated and the Fat Lady is singing, it’s high time we hear from another matriarch– the Gray Lady.

The New York Times should apologize for misleading America — again.

He goes on to say:

Because it didn’t keep the promise to report “without fear or favor,” the paper is facing a new storm of criticism. This time, of course, the topic is RussiaGate. And once again, the Times is accused of accepting and spreading fake news, and of missing the truth.

We don’t need a trial. Guilty as charged. The Times was way out front, along with the Washington Post, in peddling the Russia collusion hoax. And because of its prominence and the power of its news service, the vast bulk of the media followed the Times’ lead. It is the bell cow, and it led the media over the cliff by getting the big story wrong.

And not just one or two or even three times, but for more than two years, the paper of record acted like a prosecutor making the case that Trump was at least compromised by Russia, and maybe even conspired with Vladimir Putin to steal the election.

In doing so, it effectively swallowed hook, line and sinker the Big Lie that Hillary Clinton was selling — that Trump was the illegitimate president.

Now the question remains who will investigate and prosecute the offenders? And who will repay the taxpayers for more than $20 million spent on a hoax that is tantamount to subversion and treason?