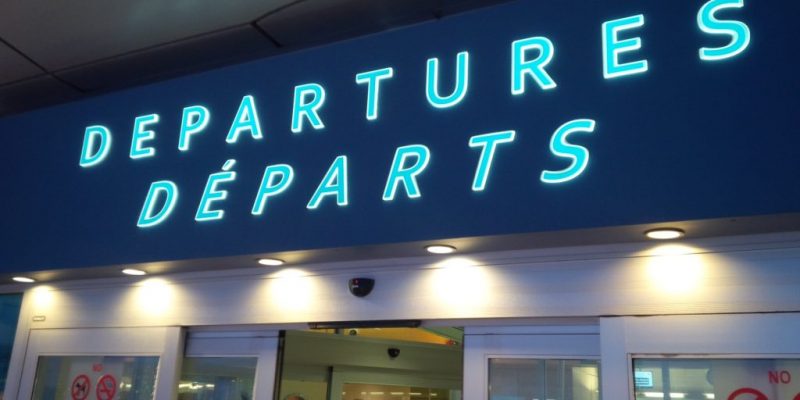 More than half of Californians say they plan to leave as state leads U.S. in outmigration.

California leads the nation in outmigration, and has experienced a domestic outmigration decline since 1991, according to the California Department of Finance.

According to a recent survey, 53 percent of all Californians, 63 percent of millennials, and 76 percent of residents in the Bay Area say they are seriously considering leaving the state.

California has recorded net domestic out-migration since at least 1991, according to state data, meaning it has lost more people to other states than it has brought in from them – nearly every year.

In 2018, the Bay Area hit its highest level of outward migration in more than a decade, and still holds the top spot in the country for outmigration.

According to a new survey by Edelman Intelligence, 53 percent of Californians are considering moving out of state, citing its high cost of living. Millennials are more likely to leave the Golden State, as much as 63 percent said they wanted to leave.

But more than any other resident in California seeking to leave are the 76 percent of those surveyed living in the Bay Area.

Joint Venture Silicon Valley, which also studied the Bay Area’s outmigration patterns, found that workers are moving to Sacramento, Los Angeles, Seattle, Austin, and Portland for several reasons. But their primary reason was the high cost of housing.

Bay Area residents are not alone in their concerns about high cost of living and affordable housing. These two concerns were cited most by those surveyed by Edelman. Among those surveyed, 62 percent said homelessness is a very serious issue for California, with 62 percent saying the best days of living in California are behind them.

According to SFGATE research, Californians have left the state to move to Texas or Colorado. Nearly all interviewed cited the high cost of living as the primary reason why they left.

In December 2018, one of the most frequently searched questions on Google among Californians was, “Should I move out?”

Businesses have also left. Jamba Juice moved its headquarters from the Bay Area to Frisco, Texas. Chevron and the North Face also moved their headquarters out of state and downsized their offices. Companies relocating also explained why: relatively high taxes, burdensome regulations, and labor costs that could not keep pace with a high cost of living.

Despite this outgoing trend, Kathleen Pender at the San Francisco Chronicle, asked, “So if people are leaving the Bay Area in droves, why are home prices still soaring and why aren’t there more houses for sale?”

The answer lies in a combination of people leaving for less expensive housing and some moving to the state for higher-paying jobs, she suggests.

But another contributing factor is the number of people moving to California who are not U.S. citizens.

Net immigration from people coming from other countries still outnumbers the out-migration, according to Census data.

Studies show that immigration in the 1970s lowered the wages of high school dropouts by between 10 and 16 percent annually, and in the 1980s, immigration primarily affected employment, with between 128,000 and 195,000 natives in California either unemployed or withdrawn from the labor force because of immigration.