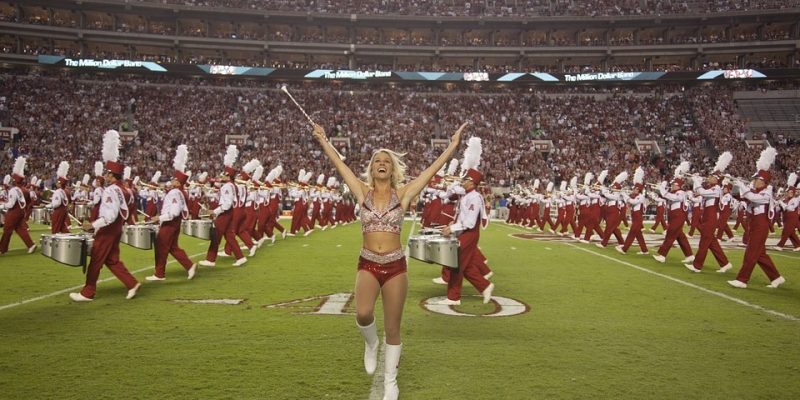 AUSTIN — We’re at Day 70 of the 86th Texas legislative session, which means half-time for the 140-day biennial gathering, and state agencies are hoarse from cheering from the stands.

This morning, the House Appropriations committee approved a $115 billion state budget for 2020-2021 (House Bill 1), which includes the expected $9 billion boost for public school funding and tax restructuring. The supplemental budget is being discussed at the time of writing — a bill usually approved toward the end of a legislative session as a safeguard for any shortcomings in the primary budget bill.

The one “nay” vote  came from Texas Freedom Caucus member Rep. Matt Schaefer, an East Texas conservative. That’s one vote on the 25-member committee if that says anything about the united tone this session or the prospects of chiseling away at the budget on the full House floor.

According to discussion at the meeting, the budget exceeds Texas’s pay-as-you-go limit, which means an extra $2 billion over that limit would either have to be shaved on the House floor (a fat chance — this is usually the opportunity for “Christmas-treeing” the budget with additional spending and projects) or would come out of the state’s “Rainy Day” fund (formally the Economic Stabilization Fund, which currently has an estimated $15 billion, mostly from natural gas excise tax revenue).

The state budget bill is expected to hit the House floor next Wednesday (March 27).

Texas Comptroller Glenn Hegar previously estimated that the state has approximately $119.1 billion available in general revenue, but the legislature must consider spending growth caps and other limitations when compiling the budget (in other words, it won’t all be spent). The forecast is sunny for this session, but Hegar warned about the future when unemployment and job growth may not be as favorable.

Conservative watchdogs have warned that though Texas currently is running a $9 billion budget surplus (not counting the Rainy Day fund), that may not be the case in future years, and getting the state machinery accustomed to this new level of spending (especially during an era of good feelings with a new House Speaker in charge) could result in budget-cutting woes the next time a budget is crafted.

From the hip: Attempts to restructure the way Texans pay in to their state government must be met with a reduction in state spending if that is to be successful; otherwise “tax reform” becomes a mere re-shuffling of the same deck of cards. Texas prospers because of its pay-as-you-go system of budgeting, spending limits, and other safety mechanisms, but any hope of reducing the tax levy on the average Texan (not just the rate, or how much the state takes in, or other mathematical sleights-of-hand) will require a reduction of the size and scope of state government — something the powers-that-be are clearly not passionately committed to amid complaints of under-funding health and education services. See previous analysis on tax reform prospects here. The real battle this session remains in smaller tax reform proposals. The tax relief game will have to be a tough one, played yard-per-yard, and expect plenty of referee calls.